In May 2021, gold prices breached the crucial US$1,900-level, having consolidated for about four months and went on to register the highest monthly gain since July 2020. The prices appreciated 8% during the month amidst weaker dollar and lower bond yield rates. Fear of rising inflation is adding fuel to the momentum in gold price. 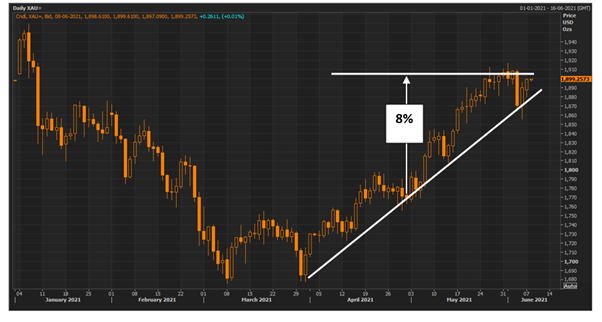 While gold prices have started to shine again, its reputation as a safe haven asset during distressed economic periods has time and again drawn investors’ interest and this time is no different. High gold prices augur well for gold explorers such as Sihayo Gold.

Sihayo Gold Limited (ASX:SIH) is an Indonesia-focused gold developer and explorer engaged in the development of the Sihayo Gold Project as well as the continued exploration of the Sihayo-Pungkut 7th generation Contract of Works. The CoW is located in the prolific gold region of North Sumatra in Indonesia.

Sihayo is currently implementing a three-tiered exploration strategy, which includes intensified exploration and drilling at the Hutabargot Julu prospect and extensions to the Company’s Sihayo Starter Project as well as a regional exploration strategy to identify and prioritize porphyry copper and epithermal gold targets across the CoW

Indonesia as a premium mining jurisdiction

Indonesia is home to some of the major mining projects and has substantial gold, coal, copper, nickel, tin and bauxite deposits. Major gold projects in the country include Martabe, Grasberg, Batu Hijau and Tujuh Bukit. 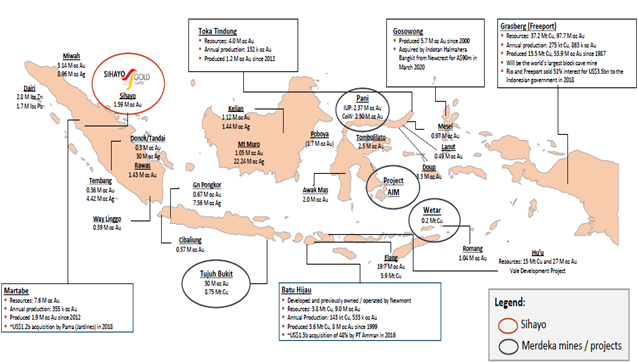 Indonesia is an attractive investment destination as the country is a stable democracy with modern mining regulations in place to support the industry. The domestic production of gold outpaces the demand, and most of the production is for export, which brings in valuable foreign exchange.

The Sihayo Gold Project lies within the Sihayo-Pungkut 7th Generation Contract of Work (CoW), which is held in a joint venture of which Sihayo owns a 75% of interest and PT Aneka Tambang owns the remaining 25%.

The CoW is spread across a vast area of 66,000 hectares. Most of the project area is sparsely explored, and the Company has identified prospects with a potential of hosting high-grade gold mineralisation. The Sihayo Starter Project and Hutabargot Julu Project are two such prospective areas on the CoW. 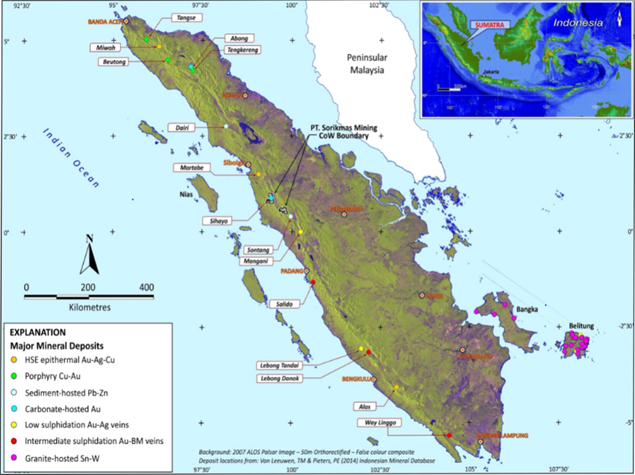 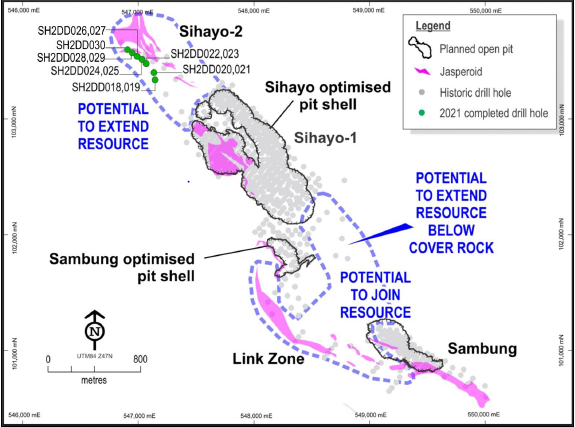 On the Hutabargot Julu prospect, Sihayo has recently commenced a drilling program on the Sihorbo target following the completion of the phase 1 Hutabargot Julu drilling program completed in March.  Sihorbo lies on the western side of the prospect and has potential for a high-grade vein target. The company has planned a total of 10 holes, and six of them have been drilled so far.

Sihayo is also planning a scout drilling campaign on the Penatapan gold target once drilling on Sihorbo is complete. The target was identified from active artisanal mining activities and the results of previous drilling reported at Hutabargot Julu.

The DFS study on the Sihayo Starter Project has indicated gross revenue generation of US$1.2 billion over 8 years of initial mine life at a gold price of US$1,890/oz.