RNX also looks to generate long-term value for its shareholders while focusing on the short-term goal of discovering further resources by exploring highly prospective targets and identifying and securing new value accretive opportunities.

The Company’s current engagements are evidence of its strategy of acquiring and developing mineral deposits.

Acquisition of the CJV Interest

Lately, RNX has inked a deal to acquire an interest in the Carpentaria Joint Venture (CJV) Agreement held by Sovereign Metals Limited (ASX:SVM). SVM acquired its share in the JV in 2007, while the other party to the JV is Mount Isa Mines Limited.

The CJV was formed in 2001, and since then the total expenditure of around AU$14.5 million has been made on the Carpentaria JVA, MIM’s share being around AU$11.6 million while the remaining AU$2.9 million was SVM’s share. 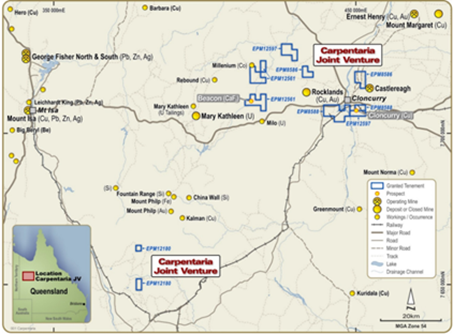 Subsequently, SVM elected to stop contributing the joint venture expenditure over the tenements, due to which its interest decreased to around 23%, which is its current interest held in CJV.

Off late, RNX has received indicative authorisation concerning the transfer of the interest of SVM in the CJV.

Lately, RNX has identified anomalous copper, zinc, and barium in the rock chip samples from the results for its sampling program at its Yandal East Project.

Previously, RNX undertook a drill hole cuttings survey of historical holes in the area. Through this, RNX successfully sampled for nickel and numerous adjoining historical holes to the prospect are believed to contain nickel assays less than 1000 ppm.

The recent rock chip sampling program has produced encouraging results for the Company as the results shall help in generating another exciting target for the future drill program.

Over the years, RNX has emerged into a lean and flexible organisation that effectively manages exploration costs while being highly responsive to key opportunities. RNX continues to focus on the exploration work at the Yandal East project while looking to conclude the acquisition of an interest in CJV.