Australian based minerals exploration and development company Renegade Exploration Limited (ASX:RNX) announced today that it has embarked upon a field exploration program at its North Isa Project in Queensland.

Renegade will undertake soil sampling, mapping and other sampling programs on the three prospects- Pipeline, Lady Agnes and Tulloch. Among these three, Tulloch is a high priority target for Renegade. 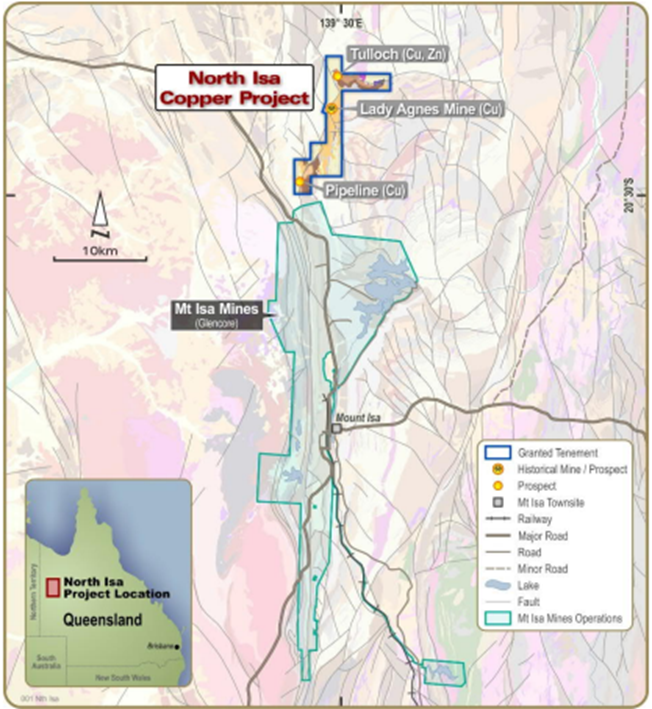 Thanks to historical fragmented ownership earlier exploration campaigns over the tenement area were sporadic and disjointed with sections of the faulted contact only recently coming under the control of one party, Renegade. With ownership being consolidated, Renegade is now planning a consistent and rigorous exploration program over the tenement area.

The objective of the exploration program is to assess the faulted ECV/Mt Isa Group contact and other associated structures. Renegade has also commenced the desktop compilation and review of significant historical data along with setting up of the geological database for the North Isa Project.

Renegade entered into a joint venture agreement with Burke Copper to acquire up to 75% interest in the North Isa Project. The project is located directly north of the George Fisher Mine and nearly 40km from the Mt Isa township. The project controls approximately 20km of the Western Fault.

The initial results from the field exploration program are expected to be available in January.

Renegade holds a considerable interest in the Queensland region. It holds 23% interest in the advanced copper and gold project, Carpentaria JV. Renegade owns 90% interest in the Yukon Base Metal Project located in Yukon Territory, Canada, diversifying its resources base. 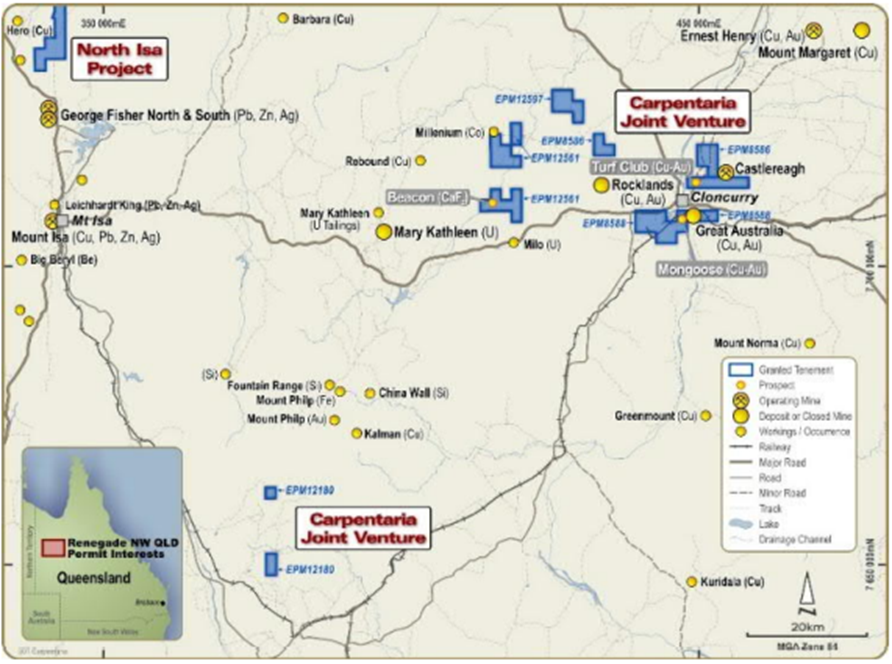