Raiden Resources Limited (ASX:RDN|DAX:YM4) is all set to commence the next leg of development activities at its Mt Sholl Ni-Cu-Co-PGE Project in the Pilbara region of Australia. In a latest market announcement, RDN updated that it will commence Heritage Survey at the project on 29 August 2022.

Mt Sholl Project is believed to hold substantial nickel, cobalt, copper and PGE (platinum group element) resources, which are highly sought metals for the burgeoning battery metal market. Raiden estimates the survey will be completed in five days, after which it would commence a diamond drilling campaign over the project.

The bourse cheered the latest update from the company. As a result, shares of RDN soared 12.5% today to trade at AU$0.009 a piece during the early hours of the trading session on the ASX.

The 5-day Heritage Survey will be done in collaboration with Ngarluma Aboriginal Corporation (NAC) and will cover the drilling targets over the A1, B1 and B2 deposits as well as potential extensional zones at Mt Sholl. 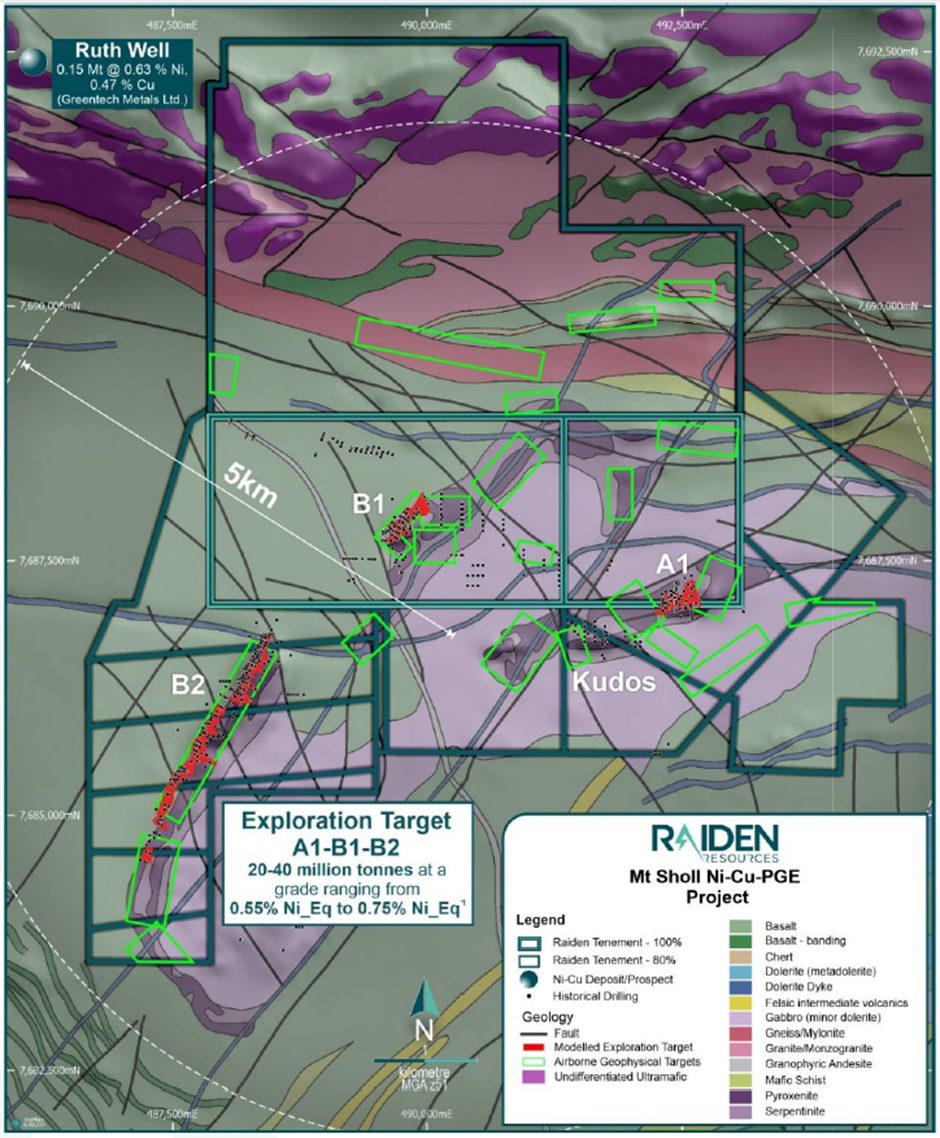 The objective of the Heritage Survey is to use Ngarluma Traditional Owners’ knowledge of the area to avoid the areas of cultural significance during the maiden drilling campaign of the company. Raiden has provisionally engaged drilling service providers for the upcoming campaign.

The Mt Sholl Project is spread across an area of 42km2 in the prolific Pilbara region. The tenement hosts several Ni-Cu-Co-PGE deposits. The mineralisation is observed to occur as disseminated, matrix, stringer and rare massive pyrrhotite-pentlandite-chalcopyrite.

The presence of pyrrhotite content in the ore signifies the presence of Ni-Cu mineralisation in the intrusions across the tenure.

Mt Sholl has been attracting explorers since the 1970s, and several of them have explored the area for Ni-Cu-Co-PGE mineralisation. The review of the historical drilling data resulted in high-grade results. Some significant ones include:

Raiden is planning to target the areas with these historical intercepts during the first phase of the drilling campaign. Other areas of broad mineralisation will also be targeted during the upcoming campaign.

Raiden believes that historical work did not analyse the cobalt and PGE mineralisation systematically over the project. This could provide an opportunity for RDN to add more value to the project.