QX Resources Limited (ASX:QXR) announced the completion of the preliminary field inspection at its Turner River lithium project in the Pilbara region of Western Australia. The initial inspection during the maiden site visit confirmed the presence of numerous pegmatite dykes at Turner River.

Bourses welcomed the significant upbeat announcement as shares of QXR ended up ~15.4% to AU$0.015 a share on 12 October 2021 with a market capitalisation of AU$8.66 million.

Recently, QX and Redstone Metals had entered into a binding option agreement, granting the 30 days exclusivity period to QX Resources to undertake the due diligence at the lithium project. Upon exercising the option, QX will acquire a 100% stake in the Turner River lithium project against a consideration of 12 million fully paid shares of QXR. 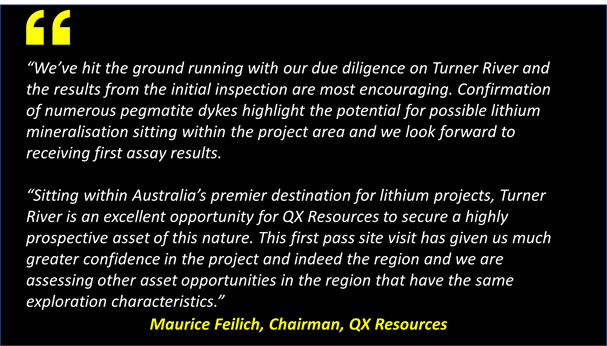 QX announced the successful completion of the site visit as part of its due diligence review. The Turner River lithium project (ELA 45/6042) located in the Pilbara region of Western Australia ~120km south of Port Hedland and ~17km south of the significant lithium deposit at Wodgina, the mine with the world's largest hard rock lithium resource of over 259.2Mt with 1.17% Li.

The tenement was inspected to assess the ease of accessibility for ground-based exploration activities and general geological observations, including the presence of mineralisation. QX is highly encouraged from the outcomes of the initial inspection, outlining numerous pegmatite dykes within the tenement. 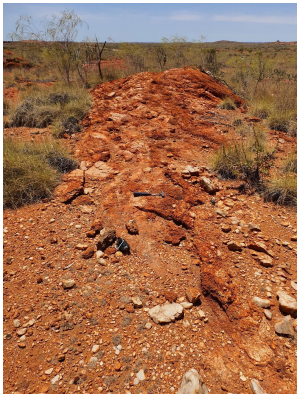 The parallel shallow east dipping pegmatites were observed within a 50m wide trending zone. The pegmatites are mostly <1m in thickness and comprise quartz, feldspar and mica, and can be traced over 300m. A few narrow cross-cutting pegmatites were also observed, and the intermittent quartz reefs are spatially associated with this zone. 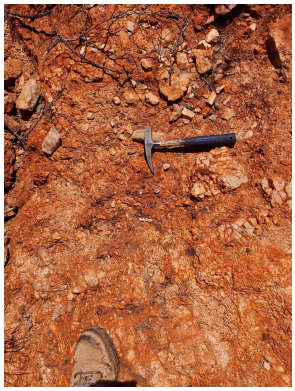 The Wodgina Lithium Mine, 20km from Turner River tenements, produces lithium in the form of Spodumene from NE trending shallow dipping medium-grained pegmatites which host quartz, feldspar, spodumene, and muscovite mica. The Turner River holds some significant similarities to Wodgina of pegmatite dykes in terms of strike and composition bolstering the potential of the Turner River project.

Previous exploration programs have recorded alluvial tin at the tenement and the tin hosted in the granite batholiths reinforces QX’s confidence in the potential for lithium mineralisation. Numerous samples from the site visit have already been submitted for the assay analysis of lithium and associated elements. Due diligence will be finalised in the upcoming few weeks.