In what comes as a significant development, QX Resources Limited (ASX:QXR) has announced an upgrade to the Mineral Resource Estimate (MRE) for the advanced-stage Anthony Molybdenum deposit in Central Queensland.

Notably, mineral consultants Geos Mining, was commissioned by the Company to update the MRE in accordance with JORC Code 2012, emphasising on the near-surface oxidised part of the deposit. 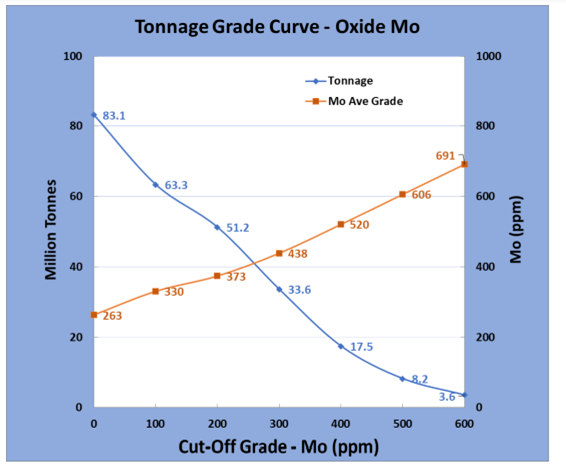 Located approximately 70 kilometres northwest of Clermont and 810 kilometres northwest of Brisbane, the Anthony Molybdenum deposit area is covered by EPMs (Exploration Permit for Minerals) 15145 and 14790, both wholly owned by Zamia Resources Pty Ltd. Both EPMs are part of the earn-in agreement between QXR and Zamia Metals Limited announced in mid-2020.

Zamia previously announced a mineral resource for the Anthony deposit in March 2012 under JORC Code 2004.

The MRE has been classified as per JORC Code 2012 criteria. Based on the degree of oxidation determined from geological logging of the drilling, the Anthony deposit was sub-divided into three weathering domains: oxide, transition, sulphide.

Drilling Techniques - The drilling database consists of data collected by several companies, including

Sampling & Assaying Techniques - While the drilling database consists of 13,281 sampling intervals up to 8 metres in width, most were either two metres for diamond drillholes or three metres for RC drillholes.

The access to critical infrastructure, the tonnage and grade of the mineralisation, and results of preliminary mining assessments and metallurgical testwork allow Mineral Resources for the Oxide domain to have reasonable prospects for eventual economic extraction.

At the same time, the Mineral Resources for the Transition and Sulphide domains are also regarded to have reasonable prospects for eventual economic extraction. However, further work is required to determine mining and metallurgical processes and costs.