Gold exploration company QX Resources Limited (ASX:QXR) has concluded the June quarter of 2021 with a flurry of initiatives. The Australian company is dedicated to gold exploration as well as development at its tenements in Central Queensland goldfields.

During the quarter, QXR boosted its stake in Zamia Resources from 50% to 70% after achieving the expense-related milestone of investing AU$500,000 in exploration and project development activities during the earn-in period.

QXR may further increase its interest to 90% by spending another AU$1 million towards exploration and project development activities within the next 12 months.

During the quarter, QXR commenced an initial reverse circulation (RC) drilling program at its Lucky Break project to test the Lucky Break Mine anomaly and its structural trend. The campaign also focused on high-priority infill, depth extension and twin studies.

During 1987-1988, Lucky Break produced 90Kt ores with a head grade of 2.4g/t Au in oxide only. The operations excavated ores from just 283m out of 560m interpreted strike length. 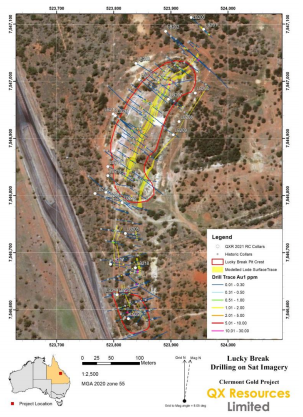 The stage 1 drilling targeted on the basis of QXR’s wireframe modelling of gold mineralised lodes to assess the strike, and the extent of mineralisation at depth, and mineralisation in areas with incomplete assaying during previous drilling programs, as well as evaluating for infill on mineralisation to support modelling.

Subsequent to the quarter in July 2021, the Company reported assay results for the program, including 22 holes totalling 1,512m. 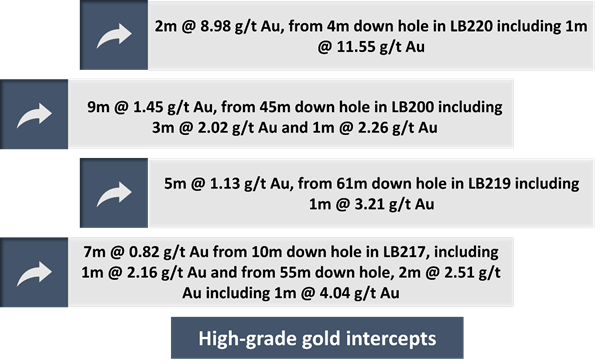 The campaign delivered significant extensions of mineralisation, 70m northeast of the existing pit crest. Promising drill results, including high-grade intercepts warrant, follow up the drilling to thoroughly assess the extensions of the mineralisation encountered along strike from the historical pit.

Furthermore, the Company already owns the permits to proceed with drilling and is likely to secure a rig shortly.

Anthony Molybdenum project: Another ace in the making

In 2012, Hellman & Schofield Pty Ltd had estimated the Mineral Resource Estimate (MRE) for the deposit in accordance with the JORC 2004. The inferred resource of 112 million lb. of contained molybdenum was estimated for the primary (sulphide) zone at a cut-off grade of 600 ppm Mo.

During the June quarter, the Company raised approximately AU$2 million (before costs) through a placement and a share purchase plan. Funds are planned to be used for expanding and accelerating exploration and development programs in the Drummond Basin, Queensland.

QXR held a cash balance of ~AU$1.7 million as on 30 June 2021. The Company is well funded to meet its expenditure commitments for planned exploration activities in Central Queensland.