The commencement of the trench program will accelerate the exploration activities across the broader tenement package in the Clermont Goldfields of Central Queensland, following the completion of the maiden drill program at the historical Lucky Break Mine. 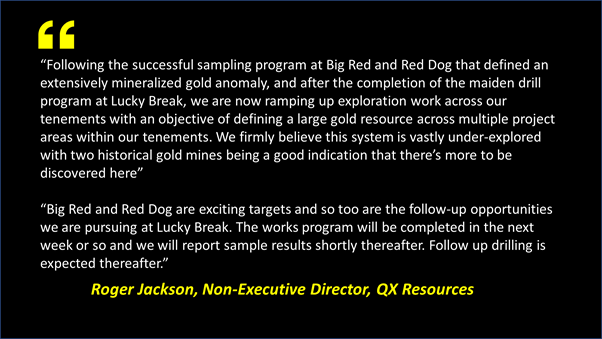 Previously, an infill soil and rock-chip sampling of over 250 samples had delineated a gold anomaly over a 675m mineralised trend southwest across the Red Dog anomaly.

The company plans to excavate 6 to 8 trenches along lengths of up to 200m and a depth of 2m across the Red Dog and Big Red prospects. 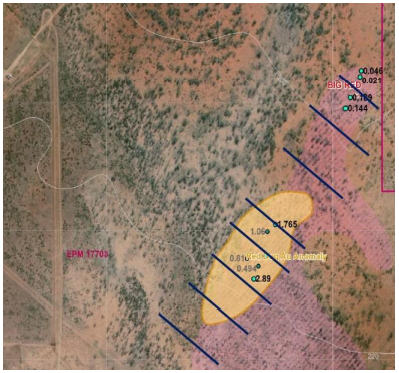 The results of the trenching program will facilitate the proposed RC slim line drilling program, where the Company plans to drill over 40 holes at 60 degrees up to a depth of 60m.

Additionally, follow-up exploration programs will also commence during the week at the historical Lucky Break mine. As many as four trenches have been planned to enhance the understanding of the northern extension of the mineralised veins at Lucky Break. Channel sampling is also being conducted on the western wall of the historical pit in order to evaluate more of the mineralisation present. 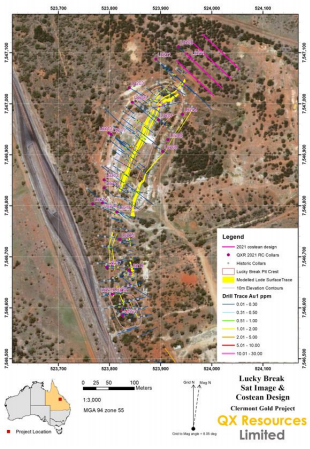 The maiden 22-hole reverse circulation (RC) drill program at Lucky Break confirmed the extensions of gold mineralisation to the north and south of the mine. Some of the key intercepts of the 1,500-drilling program were –