In an upbeat announcement, QX Resources Limited (ASX: QXR) has increased its ownership in Zamia Resources Pty Ltd to 70%. QXR, which earlier owned a mere 50% stake in Zamia Resources, gained an additional 20% stake, in accordance with the earn-in agreement that was announced on 16 October 2020.

Additionally, QXR also advised that the assay results from the first pass drill program at Lucky Break and its surroundings are awaited and are anticipated shortly once received from ALS Townsville.

As per the earn-in agreement, QXR was required to invest AU$500,000 on exploration and development activities by 30 June 2021 to upgrade its stake to 70%, which it has achieved now. QXR also has an option to enhance its stake in Zamia Resources to 90% upon spending AU$1 million towards mineral exploration and development activities in the next 12 months. 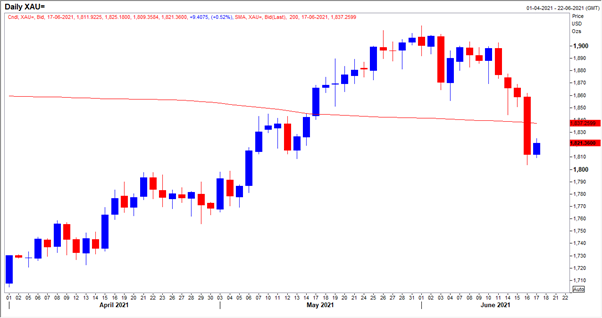 Despite some hiccups in the recent trading sessions, gold is trading at US$1,821.85 an ounce on 17 June 2021. Gold prices are anticipated to grow further on the back of rising inflationary pressure and delayed pandemic recovery. The strong gold environment further bolsters the confidence in the Clermont gold project.

Zamia Resources owns four premium exploration permits in the Central Queensland goldfields, stretching over 115 square kilometres in the world-class Drummond Basin of Queensland. The project area hosts two historical open pit mines at the Lucky Break and Belyando along with other unexplored targets.

The gold project is located in the hottest exploration grounds at the Drummond Basin, which holds a long gold mining history with a gold endowment of more than 6.5 million ounces. 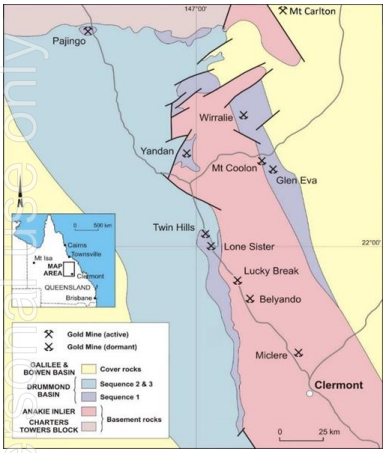 On 21 April 2021, QXR commenced a 1,500m reverse circulation (RC) drill program at the Lucky Break gold mine. The drilling campaign was finally concluded on 6 May 2021 and targeted the mineralisation at previously mined pits at main Lucky Break Mine and the small Lucky Break South pit.

Next Steps at the Clermont gold project

QXR is well-funded in the eyes of its management to fast-track its exploration and development activities at the gold projects. The company recently raised over AU$2 million.