ASX-listed PGM exploration and development company Podium Minerals Limited (ASX:POD) announced the appointment of mining industry veteran Rod Baxter to the board, as a Non-Executive Director.­­­

Mr Baxter is a seasoned Director and Business Executive with extensive experience across different geographies and diversified sectors. In the past, he has held many key leadership roles as the Managing Director and the Non-executive Chairman of listed and unlisted companies.

Mr Baxter has led and been critical to transform several businesses. He holds a remarkable track record for executing successful business turnarounds, and delivers significant company growth via organic expansion, IPO’s, and M&A.

His critical exposure to the mining sector during his early career  in a number of operational and functional roles, which also include metallurgical, process engineering and project management.

During his career, he held senior and general management roles, in which he was involved in commercial, strategy, new business ventures, and strategic corporate projects for Anglo Platinum. He also served as a Divisional Director for Anglo Platinum, where he took group-wide responsibility for business optimisation, new mining ventures, and strategic corporate projects. He also held a dual role as a Project Director with Anglo American plc.

The wholly owned Parks Reef project consists of a 15 km long strike of near surface platinum group metals, gold, and base metal mineralization. To date Podium have Inferred mineral resources of 1,390,000oz of 3E PGM and 53,900 tonnes of copper within 100m of surface and across 8.5km of strike representing 30% of its conceptual exploration target to 200m depth.

The project is located in the Mid-West region of western Australia on granted mining leases. 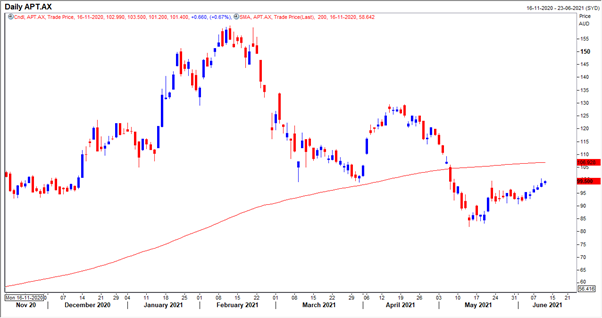 The bourses welcomed the strengthening of the management team at Podium. The stock traded at AU$0.51 a share on 10 June 2021 at 2:23 PM AEST, registering a daily gain of over 9% with a market capitalisation of AU$142 million.

All financial information pertains to Australian dollars unless stated otherwise.