Podium Minerals (ASX:POD) resumes drilling at Parks Reef to amp up resource base

PGM explorer, Podium Minerals Limited (ASX:POD) has re-commenced the drilling campaign at the wholly owned Parks Reef PGM Project to upgrade and expand the resource base. The ongoing 6,000m drilling campaign is aimed at extending the mineral resources across the entire strike length of 15 km against 8.5 km currently. 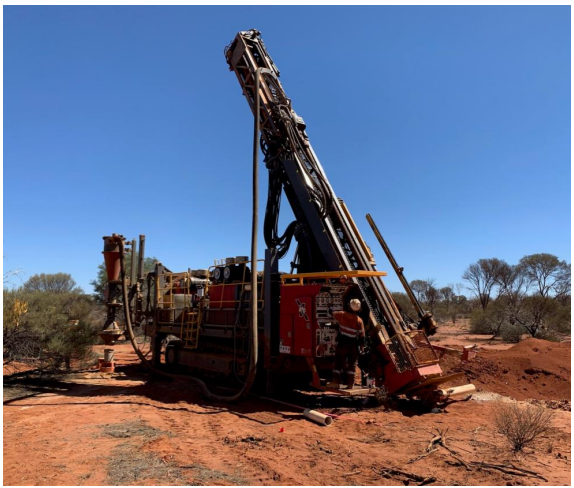 The drilling activity so far at the Parks Reef PGM project has delivered Inferred Mineral Resources containing 1,390,000 ounces of combined platinum, gold, and palladium in addition to significant base metal credits of 53,900 tonnes of copper.

The Mineral Resources has been identified on an 8.5 km stretch of the 15 km mineralised strike length at the Parks Reef project, within 100m to the surface. The latest resource estimates include the outcomes from the 17-hole, 1,870 m drilling program on the 1.6 km of the western extent of Parks Reef. The resource upgrade resulted in a 22% increase in contained 3E PGM equivalent to 250,000 ounces of platinum, gold, and palladium.

Further, an additional 1,000m RC drilling campaign has been planned along with the current drilling program:

Prior to the Christmas break, Podium had already concluded over 2,600m of drilling at 25 holes. The platinum, gold, and palladium assay results for the initial 14 holes were released previously, indicating the continuity of the main PGM horizon in the eastern segment of Parks Reef.

In the past two weeks, Podium has been remobilising activity at Parks Reef with minimal delays despite the travel restrictions due to Covid-19 outbreak and wet weather conditions in the Mid-west area.

The exploration team has already concluded the rehabilitation activities for the previous drilling campaign and preparation of drill pad for the continuous drilling progress. The drilling program has resumed in the eastern sector of Parks Reef and are planned to continue along the strike through the central sector and the western extension.

The discovery of few aboriginal artefacts at the site has necessitated the company to secure an additional heritage clearance before the full program can be completed. This has affected six proposed drill lines, however, Podium has been coordinating with the Native Title party to find a solution to conclude the activities.

While delays in the assay results is being experienced due to Covid-19 restrictions, Podium expects to receive the platinum, palladium, gold and the initial base metal assays in the coming weeks for the remaining holes drilled prior to Christmas.

Podium is also planning the work programs for 2021 with a keen focus on expanding the resource base and upgrading the confidence of the mineral resource via in-fill drilling and extended drilling at depth.

A diamond drill rig will be mobilised for extended drilling campaigns which will target high grade broad mineralisation zones to add substantial resource and support the scoping study with maximised revenues during the initial years of the mine life.