Gold production in Australia was trending upwards in the June quarter, increasing by 12% to 83 tonnes from 74 tonnes in the March quarter. Sandra Close, Director of Surbiton Associates said “existing and new operations across Australia upped the gold output in June”.

In the case of Australia, the country continued to grow its gold supply. As per the Resources and Energy Quarterly June edition, the gold production in Australia is poised to increase at a rate of 8.3% during the 2021-22 and 2022-23 periods.

The report anticipates that Australia would witness an annual production of 388 tonnes by 2022-23 and would also continue to grow further in the future. This sharp rise in production will be propelled by existing mine expansion and new mines brought into production. Let us glance at one of the possibly significant contributors to Australia’s future gold supply.

When it comes to new mines contributing to the country’s production, Citigold Corporation (ASX:CTO) is aggressively pursuing its plans to bring its Central Mine into production. Citigold owns and operates the Charters Towers Gold Project in Queensland.

The Charters Towers Gold Project is located in one of Australia’s highest-grade goldfields. The story of Charters Towers goes back to 1871 when the first gold discovery was made in the region. At its peak, nearly 40 mining companies were engaged in gold exploration and production in the Charters Towers region.

A total of 6.6Moz of gold was produced during the period 1872 and 1920, establishing Queensland as a major gold-producing region globally. The Central Mine site is production-ready with all key infrastructures in place. 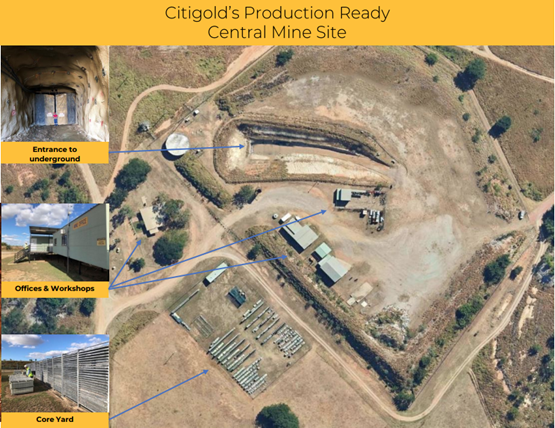 Charters Towers gold deposit is a high grade, large scale and quality gold deposit with inferred resources of 14Moz gold. The company has so far invested over AU$200 million on the development of the project. This is an advanced project with some 3,200 drillholes on the goldfield with an aggregate meterage of ~358 km to delineate and establish the mineralisation of the goldfield.

According to the World Gold Council, high-grade underground mines hold ores with grades around 8 to 10 g/t gold, while open-pit mines hold ores with grades from 1 to 4 g/t gold. The Central mine is home to high-grade gold mineralisation, which easily satisfies the global standard and still holds significant potential for further expansion of resources.

The Central Mine is an underground mine on the project site. Citigold has already successfully run a test production at its Charters Towers goldfield, producing over 100,000 ounces of gold. Engineers and consultants on the project are evaluating methods to further optimise the mining operations.

Existing mine designs are being reviewed with respect to advancement in technologies and innovations that have taken place in the recent years. The works around the “twin decline” and ore handling system will help in enhancing the life of the mine.

Proposed Mining Operations at Central Mine

Citigold is aiming to be a 300,000 plus ounces per annum ultra-low cost gold producer in five years using state of the art technologies and efficiencies, all with the aim of returning substantial profits to shareholders in harmony with the local environment.

Citigold is working on the “keyhole” approach on the Central Mine. The mining method will employ making small excavations and extracting the ore. The process will minimize the ore dilution, and at the same time, would produce less waste. To make the keyhole approach more effective, the Company is working on twin declines to reach the ore body. The twins are will be constructed from circa 1,400m down from the current single decline. The twin declines will be capable of running modern mining equipment, men and materials and assist in achieving low-cost operations. 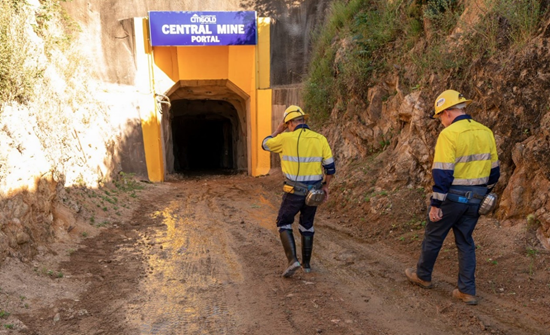 All permits secured for the project

CTO has secured mining permits and the licences that cover a total area of 175 km2 of prime exploration ground. To further expand the mineral resources, CTO is also exploring the areas near the Central mine for extensions of gold mineralisation. The company has already obtained Mining Development Licences.

The premium gold project is extremely capital efficient as the mining operations include existing mining infrastructure.