When historical blunders will be discussed, the deal between the USA and Russia for the purchase of Alaska will be at the top. The agreement was signed back in March 1867 for a price of US$7.2 million. Even if we consider the time value of money, the deal would be worth around US$130 million in today’s value.

Alaska is endowed with natural resources and holds vast deposits of hydrocarbon, precious and base metals. The Tintina gold province is an arc-shaped metallogenic province that is stretched over 2,000 km. The province is home to some of the major gold projects including Pogo, Fort Knox - True North and Donlin Creek.

In less than three years, Nova has exponentially increased the mineral resource on the Estelle Project to 4.7Moz. The field activity started in 2018 and by the end of 2021, the Company is planning to update the existing resource of the Project. An extensive drilling campaign is undergoing on the tenure to achieve the target.

The Korbel Main holds the minerals resource of the project, and a major update is anticipated on this front as more area is brought under exploration. The field team is drilling in the NW portion of Korbel as well as the SE corner to increase the resource in size as well as confidence.

During the June 2021 quarter, Nova mobilised one drilling rig for the RPM prospect. RPM has demonstrated excellent rock chip sample results and intercept in historical drilling. 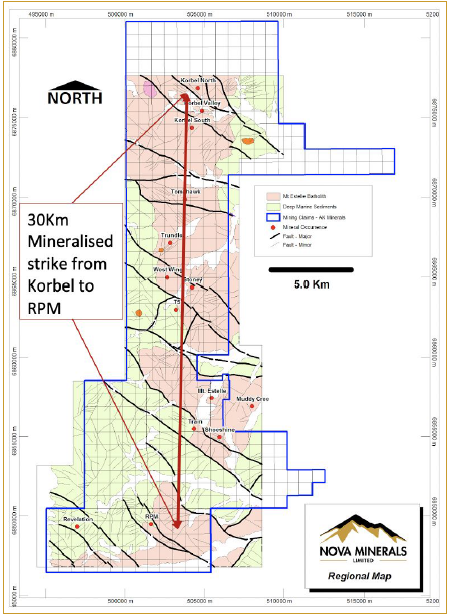 To save time and money on assay results, Nova commissioned its in-house sample preparation lab on the project site. A sample is sent to a prep lab to prepare the sample for conducting assay study, which is undertaken by some other lab. The involvement of two labs is cost and time intensive and as the drilling campaign is going full throttle on the project, setting up an in-house prep lab was a prudent option.

The operation of the lab has been outsourced to a professional consulting company, which will ensure to provide the lab with competent and skilled technicians.

At the Estelle project Nova intends to

Looking ahead from a corporate 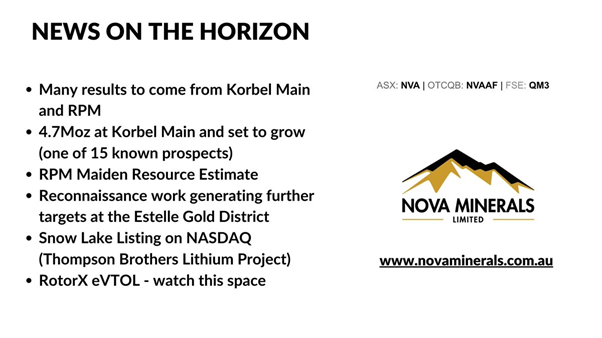 Related read: Nova Minerals gets on the fast track with commissioning of sample lab at Estelle Gold Project