Nova Minerals Limited (ASX:NVA, OTC:NVAAF, FSE: QM3) continues its strong run at the Estelle Gold Project in Alaska. The Company released another tranche of encouraging assay results from the recently concluded drilling campaign on the RPM prospect. The results confirm the discovery of another massive Intrusive Related Gold System on the Estelle Project. 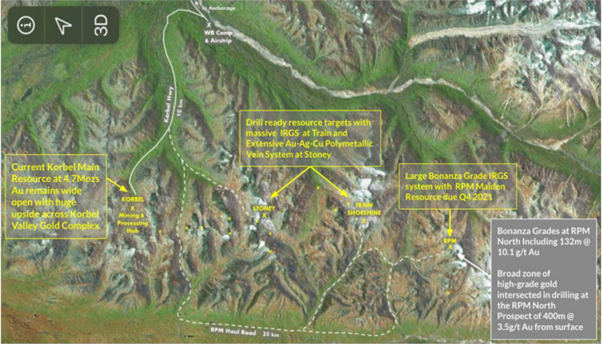 On 11 October 2021, Nova reported Bonanza Grade at RPM North with intercepts results including 132m @ 10.1 g/t Au. According to Mr Christopher Gerteisen, CEO of Nova Minerals, the high-grade broad zone seen in the assay results are just a glimpse of the geological potential of RPM.

“RPM remains wide open, and we are confident in further intersecting this high-grade zone by stepping out in a series of 200m spaced lines to the west of holes RPM-005 and 006 as a priority in the next phase of drilling”, Mr Gerteisen said.

Nova is planning on the next phase of drilling campaign on RPM in 2022. The company plans to mobilise two drilling rigs to expand and prove-up RPM North Zone and RPM South Zone, which may converge at depth.

“The continuity and tenor of these drilling intersections at RPM are certainly world-class by any measure”, Mr Gerteisen further added. He also informed that now Nova has enough data set to send them to independent consultants to prepare maiden Inferred Resource for RPM North. 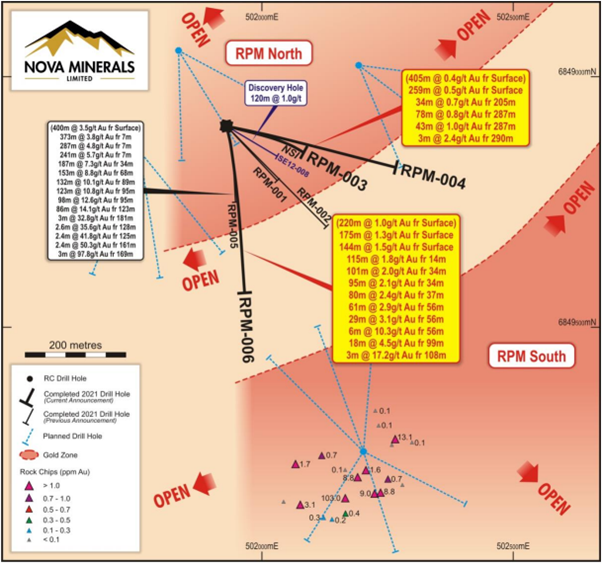 Drilling at Korbel to continue

Mr Gerteisen informed the market that drilling would continue at full pace on Korbel Main. The deposit currently holds the mineral resource of the Estelle Project, i.e., 4.7Moz, which the Company is aiming to upgrade by the end of 2021. With drilling concluded at RPM for the current season, both the rigs will be mobilised to Korbel Main to accelerate the drilling operations.

“We expect to define multiple new shallow gold resources that will further support our goal of aggressively growing the resource Page 4 inventory as we continue to move towards gold production at the Estelle Gold Project. Remember, we are on the fast-track towards production, that is our goal”, Mr Gerteisen concluded.