The Company remains focused on exploration and resource growth at the Cue project while advancing long lead-time items to take forward development studies ongoing at Break of Day and Lena. 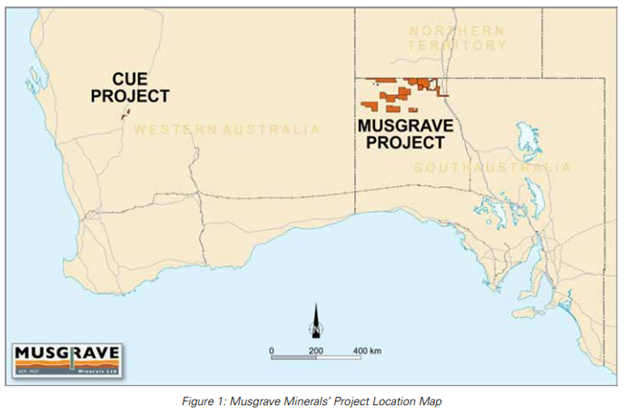 With this backdrop, let us explore explore the key highlights of FY21.

The Starlight and White Light discoveries in 2020 have driven the Break of Day Mineral Resource to 797kt @ 10.2g/t Au for 262Koz contained gold. The recent update delivered a:

Notably, the new Big Sky and White Heat gold discoveries are not included in this resource estimate. When combined with the Lena deposit, located only 130m to the west, the Inferred and Indicated Resources (5.1Mt @ 3.6g/t gold for approximately 587,000 ounces of contained gold) will form the foundation for development studies and the pathway to production.

Moreover, the Company has planned a significant infill resource definition program in FY22 at Lena and Break of Day. The program would convert Inferred resources to the higher confidence Indicated category to be in line with the development studies progress.

During FY21 Musgrave completed 90,000m of resource and exploration drilling, including approximately 30,000m on the Evolution Joint venture. The exploration drilling program proved successful in identifying high-grade gold mineralisation at varying prospects including the White Heat, Target 14 and Big Sky. 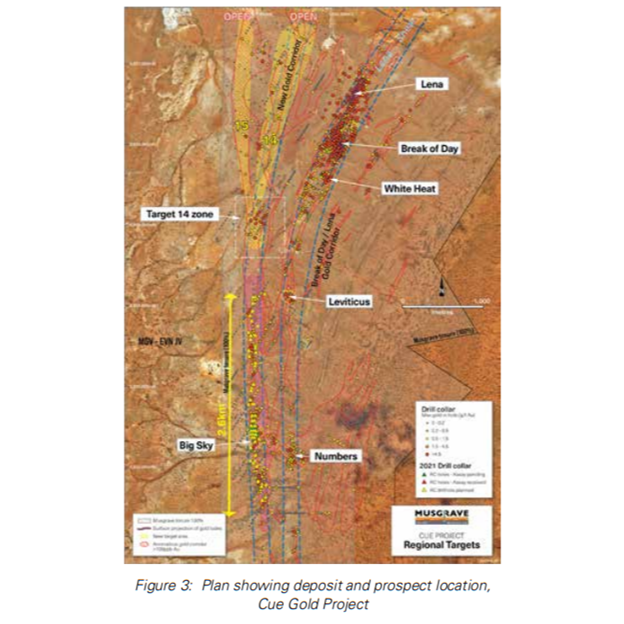 White Heat Prospect- White Heat, 300m south of Break of Day, has a strike extent of approximately 70m and is open down plunge. Drilling at White Heat is continuing with the aim of defining a maiden resource in Q2 2022.

Numbers Deposit- The Numbers prospect, approximately 3.5km south of Break of Day is currently seeing RC drill program, with a focus on upgrading the resource estimate to the higher confidence Indicated category. The Company has planned a preliminary metallurgical test before a resource update in Q2 2022.

Musgrave has also kicked off prefeasibility level studies on many key elements for any potential future development at Break of Day and Lena. Together with studies, the Company also intends to accelerate drilling across high-priority gold targets at Cue, aiming to expand the current resources and make further high-grade gold discoveries. It would assist in enhancing a stand-alone operation.

At Lake Austin as part of the exploration, a 26,000m aircore drilling program and a 2,720m diamond drilling program consisting of seven drill holes were completed. The program follows-up on extensive, high-tenor, regolith gold anomalies at the West Island and Lake Austin North prospects.