Musgrave Minerals Ltd (ASX: MGV) has released another set of stellar gold results from Target 14, further widening its golden footprints. The regional aircore (AC) drilling was undertaken at the target in January 2021 at the Company’s 100% owned Cue Gold project. 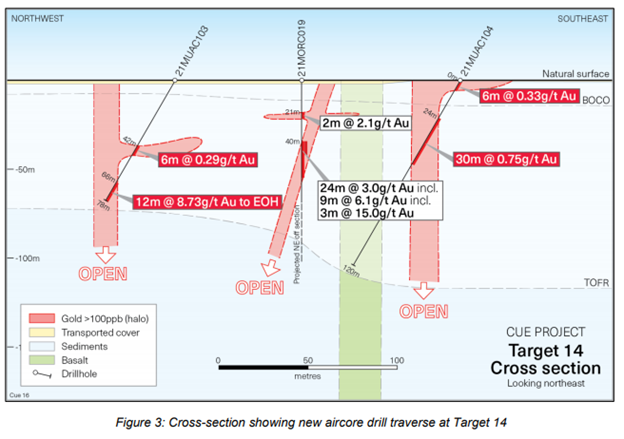 The distribution of regolith gold mineralisation suggests the presence of possible numerous primary sources in the fresh rock beneath the mineralisation intersected. The RC drilling at Target 14 is planned in the coming weeks. Musgrave has advised that if the RC drilling program turns out to be successful, resource delineation drilling would be undertaken.