On 29 October 2021, the stock of Heavy Mineral Sands (HMS) explorer MRG Metals Limited (ASX:MRQ) rose by nearly 10 per cent. MRQ traded at AUD 0.011 with a trading volume of over 3 million at a market capitalisation of AUD 15.4 million. The significant uptick seemed to have been catalysed by the Company’s impressive September 2021 quarterly activity report. The stock was trading at the same price at market open on 1 November 2021. 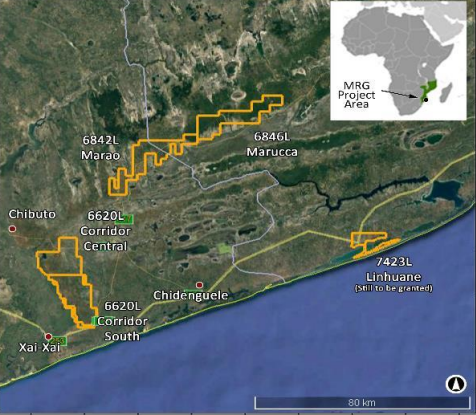 Notably, the Company is targeting early mine life feed across multiple targets with MRE’s upcoming within Koko Massava, at Nhacutse and Poiombo targets.

Across the reporting period, these were some significant developments-

During Quarter 2 (beginning Quarter 3) a third large mineralised area, the Maduaccua target, was discovered via reconnaissance grid auger drilling at Marao. Samples from 74 auger holes have been dispatched at analytical laboratory for analyses, results expected mid-November 2021.

Last month, MRG announced plans to progress its Corridor Sands Project from exploration into mine development. The Company has appointed IHC Mining to carry out a work program. Approval and commissioning commenced for a Scope of Works which includes:

Upon acceptable outcomes of the above work, MRG has agreed the next stages to include Preliminary Economic Assessment (PEA) comprising a Scoping Study and Financial Modelling, including PreFeasibility Stage Metallurgical Testwork.

The Company is exploring across multiple tenements whilst progressing to mine development at Corridor Central and South. All in all, the next three months are likely to move MRG Metals to scoping phase while continuing upside exploration.