In line with its current focus, the Company has updated on other minerals associated with the two silver domains in the deposit that have the potential to boost the project value.

The Company has completed the compilation of data, specifically with reference to mineralisation associated with silver in the southwest (SW) domain. It intends to release data relative to the northeast (NE) silver domain following its compilation. 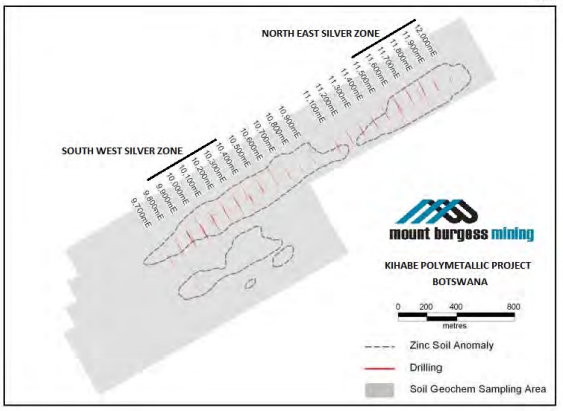 Notably, the exploration and development initiatives at the silver domains of the Kihabe deposit correspond well with the surging industrial demand for silver used in solar panels as power sources become more reliant on green technology.

As per the latest update, the data compiled relative to mineralisation associated with silver in the SW domain is as shown in the figure below: 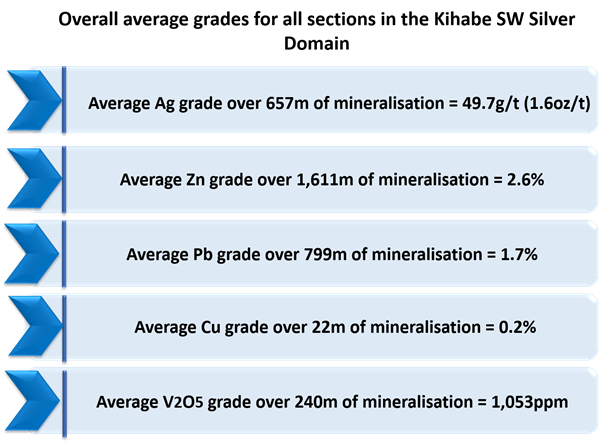 All assaying of future drilling will include vanadium and germanium.

Casting an eye on silver domains at the Kihabe Deposit