In the latest update, Middle Island Resources Limited (ASX:MDI) has announced the results from the stand-alone Feasibility Study (FS) and mill upgrade study for its Sandstone gold project.

The feasibility study into the re-commissioning of the Sandstone project has revealed that the Company’s refurbished 500ktpa project would require a capital investment of ~AUD 35.49 million. Besides, the mill upgrade study suggests that a processing plant upgrade to 750ktpa is a very encouraging prospect, which can significantly lower operating costs. 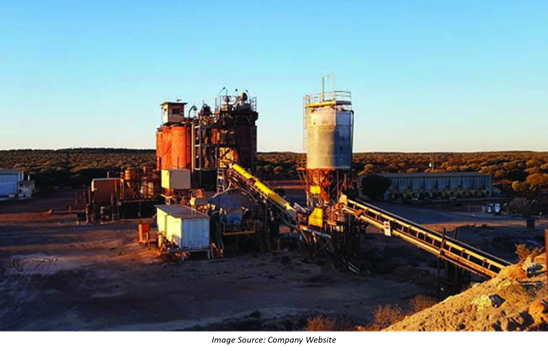 Let us quickly browse through the key outcomes from the feasibility and mill upgrade studies below:

What does Feasibility Study Reveal?

Middle Island revealed that the stand-alone FS economic outcome is marginal but cash-flow positive at AUD 2,500/oz. The Company notified that final contract mining costs have been included into the FS to re-commission the Sandstone project.

As per the Company’s Managing Director, Mr Rick Yeates, the upgrading and doubling of open pit Mineral Resources at Sandstone in 2020 resulted in a significant improvement in the potential economic return, as against 2016 Pre-Feasibility Study. This has substantially increased the value of the Sandstone project and MDI in the process, he added.

The success of the 2020 exploration program increased the number of open pit deposits evaluated in the stand-alone FS to ten deposits. The Company informed that all Phase 2 drilling data has been incorporated in the latest open pit Mineral Resource estimates (MREs) across these ten deposits. The latest MREs show 7,380kt of resources at an average grade of 1.2g/t of gold for 268,100 ounces of gold. 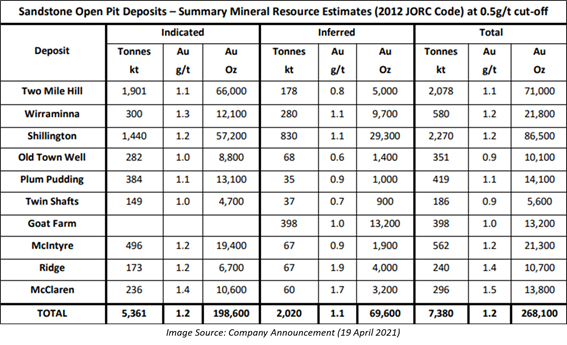 It is worth noting that the exchange rate movements, fall in the gold price and increase in the cost of some capital items, personnel, fuel, and contract mining since mid-2020 impacted the then anticipated economic outcome adversely.

However, no material issues have been identified from FS technical work on water supply, pit geotechnics, tailings storage, environmental and metallurgy aspects.

The study reveals that a plant upgrade is a promising opportunity with a considerable surge in potential mill feed tonnes (and ideally increased grade). The additional mill feed can be derived via advancing underground deposits, further open pit exploration success, and/or accessing third party deposits. 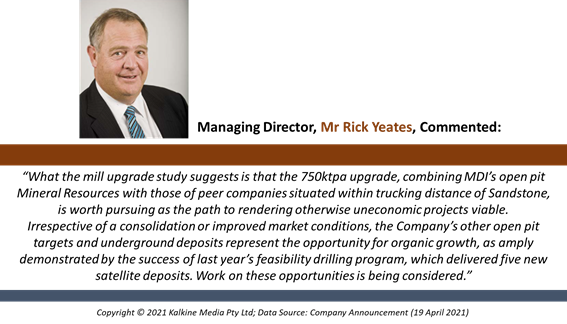