Lithium Australia NL (ASX:LIT) is encouraged by results from the recently completed SkyTEM geophysical survey, undertaken over much of the Coates Project, located ~60 kilometres north-east of Perth, Western Australia.

The interpretation of the preliminary data from the survey, flown by SkyTEM Australia Pty Ltd, has delineated 22 targets indicative of potential sulphide conductors.

In August 2021, a helicopter electromagnetic (HEM) survey was undertaken to test the Coates Ni-Cu-Au-PGE Project, focusing on a mafic intrusion and surrounding ground for conductors. The survey included an area with previously defined Ni-Cu-PGE geochemical anomalies. 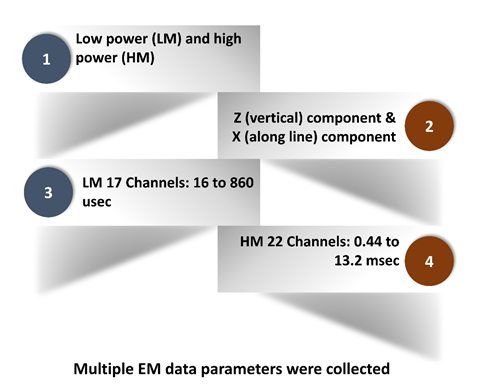 While the preliminary data has been interpreted, the final data will be processed and interpreted shortly. As part of data processing and interpretation, modelling for conductance and geometry would be undertaken as appropriate.

Every flight line’s profiles were analysed, with 105 anomalies of potential interest identified, classified as well as ranked. Of these, 22 priority targets have been delineated.

The T1 target, associated with the Coates mafic complex, stands out as extensive among these targets

SkyTEM Target 1 is of the highest priority and covers a cluster of 19 HEM anomalies interpreted to form several parallel conductors, extending more than 1500 metres of strike length.

Some of the EM responses have been reported to have very high conductivity.  The northern end of Target 1 has a Ni-Cu-Au-PGE geochemistry anomaly, while the southern end of the target has previously not been tested.

Some of the other less extensive targets are also good conductors. These targets, including Target T8, which is highly conductive and along strike from the Target T1, are planned to be progressively tested. Along trend, there are other similar conductors of interest.