Gold explorer and developer Nova Minerals (ASX:NVA, OTCQB:NVAAF, FSE:QM3) has shared the June quarterly update, marked by significant exploration progress made at its flagship Estelle Gold Project, which is located in the Tintina Province, Alaska. Exploration activities during the quarter gone by include a drilling campaign at the Korbel Main and RPM prospects and a reconnaissance program to identify targets on the rest of the project area.

The June quarter saw Nova continue the drilling operations at Korbel Main and initiate an extensive drilling campaign plan at the RPM prospect with an aim to increase the area under exploration and to bolster the mineral potential of the project. 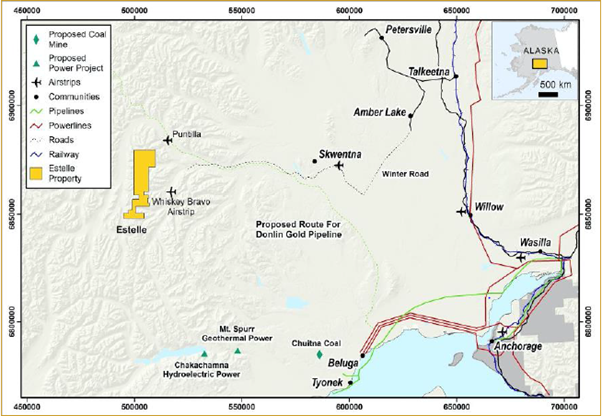 During the first week of April, the company updated the JORC Compliant Mineral Resource to 4.7Moz on Korbel Main. A major part of the prospect remains unexplored and has a potential for an MRE upgrade. The ongoing drilling operations have delineated an extensive high-grade feeder zone in the south east portion of the prospect, and the mineralisaiton remains wide open. 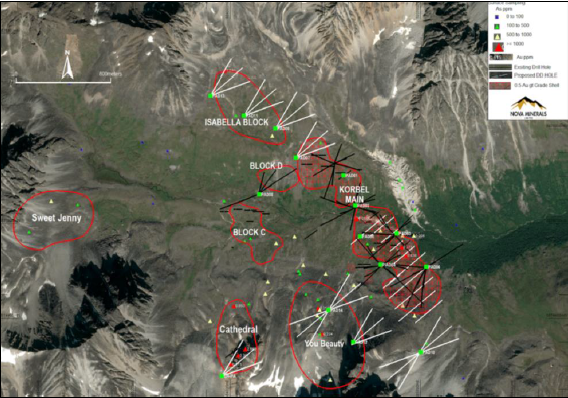 The metallurgical test results have yielded gold recoveries of up to 95.4% on the samples from Korbel Main.

The re-sampling of the historical hole on RPM has resulted in encouraging gold intercept, 178m @ 0.8g/t including 120m @ 1.0g/t and 50m @ 1.8g/t. The rock-chip sampling program of 2020 also indicated significant mineralisation potential at RPM. Encouraged by these results, Nova mobilised a diamond drill rig and commenced a drilling program at RPM.  The assay results from the ongoing campaign will be out in the coming quarter. 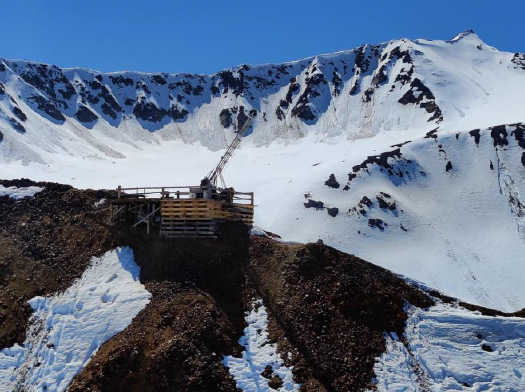 To delineate more targets at the Estelle Project, Nova has planned a field reconnaissance program across the prospects between Korbel Main and RPM. The geological team will carry out extensive rock and soil sampling to identify potential prospects for further exploration programs. 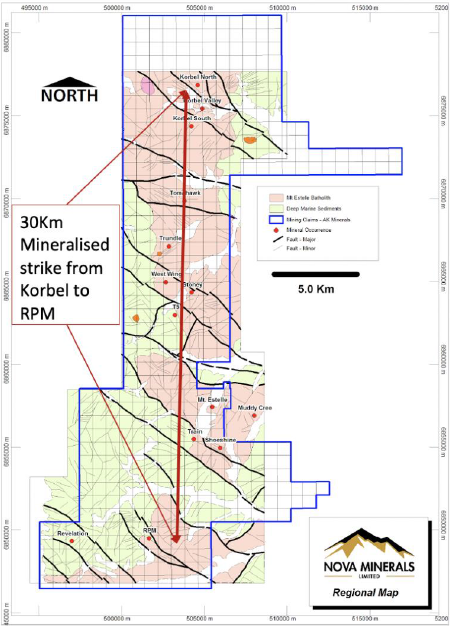 To save considerable time and money on assay results, Nova commissioned an in-house and on-site sample Prep Lab in July. The inhouse lab will be used to crush and split the samples and send them directly to the assaying lab. The labs involved in the preparation of the samples were acting as a bottleneck to the entire operation.

The in-house lab will be operated by a private contractor who will be responsible for providing skilled and competent manpower to the lab.

Latest update: Nova Minerals gets on the fast track with commissioning of sample lab at Estelle Gold Project

Snow Lake Resources operates the Thompson Brothers Lithium Project. Nova owns a 74% interest in Snow Lake Resources. The Company is all set to float an IPO in the US market to raise US$23 million. During the reporting period, Snow Lake updated its Mineral Resources on the project. The update was significant since only 5% of the area has been explored to date, thus increasing the project’s upside potential.

RotorX Aircraft is engaged in manufacturing and sale of kits and parts of Phoenix A600 Turbo helicopters. Nova holds a 9.9% interest in RotorX.

The Company is planning to enter the electric air taxi market segment and a Federal Aviation Administration (FAA) airworthiness testing is planned in 2022.