Do Not Miss: Jindalee Resources (ASX:JRL) ready to go hammer and tongs at its US lithium assets 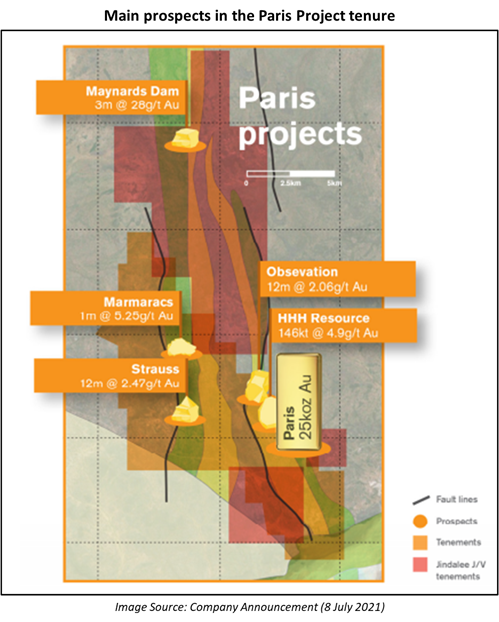 SensOre undertook the compilation of historical exploration activity, a desktop review and reprocessed newly available gravity geophysics at 100m x 200m spacing on the Maynard’s Dam Prospect. These activities have provided enhanced information on the lithologies and structures controlling mineral potential in the area and will be utilised to help identifying drill site locations on the DPT® generated targets.

As per SensOre, targets projected by the DPT® system are interpreted as potential analogues for both Norseman (Norseman Gold & Pantoro JV) and St Ives (Gold Fields) style gold systems consisting of structurally controlled and intrusion-related auriferous quartz veins. Torque informed that a splay off the Boulder-Lefroy Fault, which is a regionally fertile structure in the Eastern Goldfields, passes down the western edge of the project area.

In mid-April 2020, Jindalee reached an agreement with Torque, whereby Torque can earn an 80 per cent interest in three Exploration Licences located on the eastern side of the Company’s Widgiemooltha Project. One of these Exploration Licences is E15/1752, Maynard’s Dam. Historical scout drilling records at Maynard’s Dam Prospect suggest drilling intercepts of up to 3m at 28 grams per ton gold.

Later in 2020, Torque also reached an agreement with a wholly owned subsidiary of SensOre Limited, Yilgarn Exploration Ventures, whereby Yilgarn can earn up to 70 per cent interest in Maynard’s Dam, as outlined in the below figure:

SensOre is earning a 51 per cent interest in the Maynard’s Dam Prospect by spending AU$3 million over a 3-year period with guaranteed minimum expenditures of AU$300,000 in year 1 and AU$700,000 in year 2. Afterwards, they may earn up to a 70 per cent stake by finalising a comprehensive mining feasibility study. Torque may subsequently buy back 10 per cent from Yilgarn for $500,000.