The diamond drill program at the project was designed as a proof-of-concept test to follow up anomalous lithium from surface sampling conducted by Jindalee in 2018. Six holes of a planned twelve-hole program were finalised to inspect the sub-surface potential for lithium mineralisation. 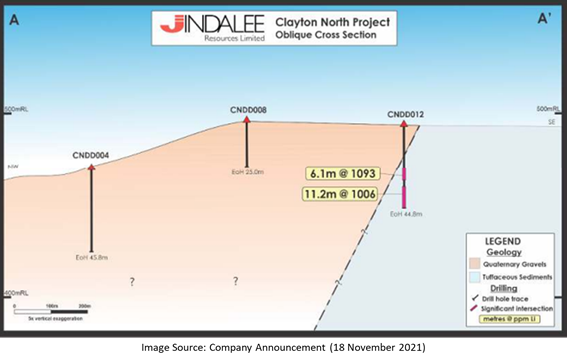 The remaining five holes intersected coarse gravel and coarse conglomerate sedimentary units with small lithium mineralisation. The geologic model was revised on-site as the drill holes were drilled, and it was decided not to finalise the remaining holes.

The completed holes were diamond drilled, and detailed geological logging of the drill core and surface mapping will be utilised to revise the mineralisation model at the Clayton North project and inform potential work programs.

Clayton North was generated internally by Jindalee. The project was acquired for the cost of fieldwork, filing, and staking the relevant claims.

Jindalee pegged the mineral claims at the Clayton North project after a reconnaissance field trip in 2018. A combination of the auger and composited rock chip samples were collected at the project. These samples validated sediment-hosted lithium mineralisation in weathered surface materials. Interestingly, this is the first time the Clayton North potential has been tested by drilling. 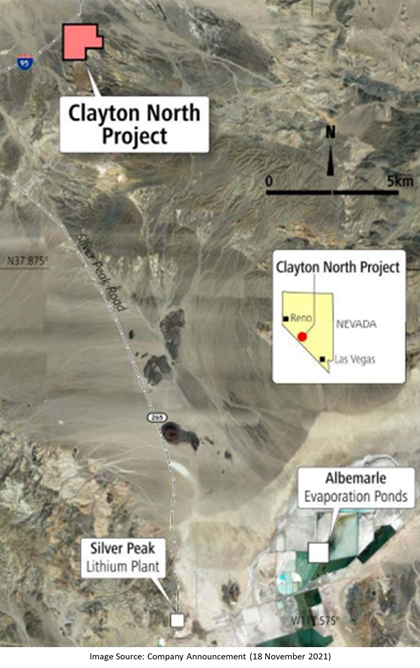 Also Read: Jindalee Resources (ASX:JRL) ready to go hammer and tongs at its US lithium assets

Jindalee is making fast-paced progress at Clayton North, with the latest drilling confirming lithium mineralisation at the project. Looking ahead, the Company plans to complete compilation of the drilling results, field mapping and stratigraphic sections, as well as the sourcing of additional data once additional assay results from Clayton North have been received. Meanwhile, the Company has received the key McDermitt drill permit, with drilling likely to commence in the next fortnight.