In a significant development, the Company has secured green light from the Malaysian Ministry of Housing and Local Government for the transfer of shares in SKM to IOU Pay (Asia) Sdn Bhd.

ALSO READ: Why BNPL player IOUpay can expect a bright 2022

In early 2021, the Company secured a Malaysian Money Lending Licence (MA1951 Licence) via the acquisition of 100% of the ordinary shares in SKM.

The MA1951 Licence is required to comply with Malaysia’s Money Lending Act 1951 and Financial Services Act 2013, for the provision of BNPL service offerings to consumers and merchants in Malaysia.

The receipt of the ministerial consents and formal approvals has allowed IOUpay to complete the transfer of control and formal ownership title of SKM. The government approval was necessary since SKM holds the MA1951 Licence.

IOUpay had been awaiting the required approval from the Ministry, with delays caused due to the COVID-19, and the impacts from various changes of the Malaysian government during that time. Despite the unexpected delay in the Ministerial consent being granted, the process has all been wrapped up within the terms of the acquisition.

IOUpay has increased merchant acquisitions with the opening up of the Malaysian economy as business development personnel are able to be more active in the field and engage with prospective merchants through in-person marketing and account management calls.

During the first half of the December 2021 quarter, the Company added new merchants to almost every industry vertical category.

More than 100 merchants operating over 300 outlets across almost every industry vertical category around Malaysia were added to the myIOU platform during the first half of the December quarter. 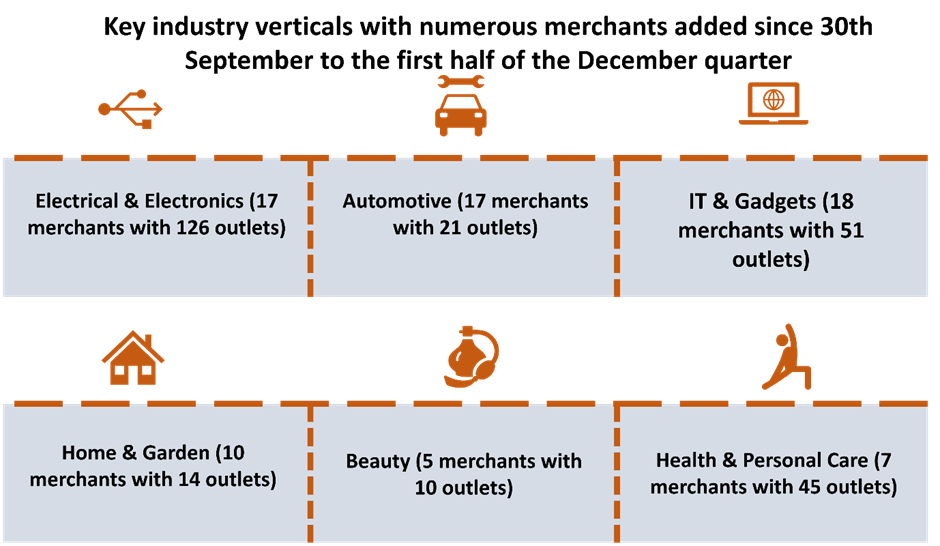 With the completion of this critical milestone, IOUpay is well positioned to accelerate its plans to capitalise on the significant market opportunities in the BNPL and digital payments sectors.