Independent E&P company Invictus Energy Limited (ASX:IVZ) is strategically positioned to supply energy-starved domestic and regional markets, especially the large South African market. Armed with the first mover advantage in Zimbabwe, Invictus has secured the best acreage and best terms along with access to the most lucrative markets.

GOOD READ: How Invictus is planning to build on last year’s momentum in 2021?

The licence area covers 250K acres in the most prospective part of basin.

At the project, low-cost onshore exploration with proximity to infrastructure enables rapid monetisation of discoveries. In the quarter ending December 2020, Invictus kicked off field operations in Basin. The company managed to conclude field reconnaissance program ahead of schedule. Moreover, additional seal potential was identified. 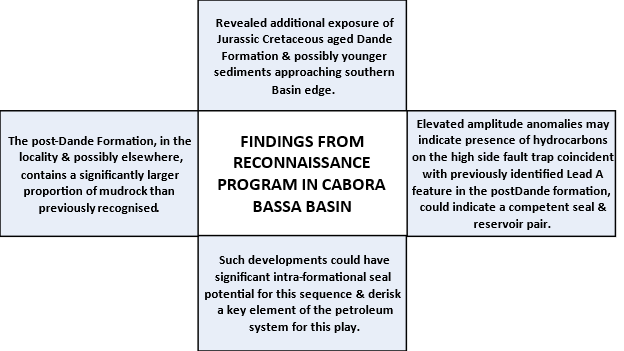 Invictus believes that the Cabora Bassa asset is well-placed to benefit from the transition to natural gas as an important less carbon intensive fuel source in the energy matrix. Meanwhile, the company continues to make significant strides in development of the Project:

Invictus is making substantial headway in executing the first-ever seismic acquisition program in the country for three decades. It is closely working with seismic contractors to kick off a planned acquisition campaign in 2021 once the rainy season has concluded. A high impact basin opening drilling campaign will then be conducted to test the Basin’s petroleum potential.