Invictus Energy Limited (ASX:IVZ) is progressively developing its 80% owned and operated Cabora Bassa Project in Zimbabwe. The independent oil and gas exploration company has completed its capital raising programme. Through a Placement and Securities Purchase Plan (SPP), a total of A$8 million was raised.

Owing to a Placement announced in December 2021, and together with the SPP which closed on 18 January 2022, Invictus completed its capital raising programme, raising A$4 million from each (total A$ 8 million).

The SPP fetched overwhelming demand. To accommodate as many eligible shareholders as possible, it was doubled from A$2 million to A$4 million. The plan was supported and oversubscribed by Invictus shareholders with a total of 39,999,775 SPP shares issued raising A$4 million.

All applicants receive a one-for-two free attaching option with an exercise price of $0.14 and expiry of 31 January 2025. 19,999,734 options were issued pursuant to Invictus’ ASX Listing Rule 7.1 allowance.

Mangwana Opportunities Fund agreed to increase its investment in the Company through a placement for A$500,000. This is strategic for Invictus as it increases Zimbabwean ownership in the Company. Besides, the move aligns well with Invictus’ commitment to in-country investor, community and government stakeholders, among others. Mangwana is an investor owned, closed end investment company managed by Mangwana Capital. 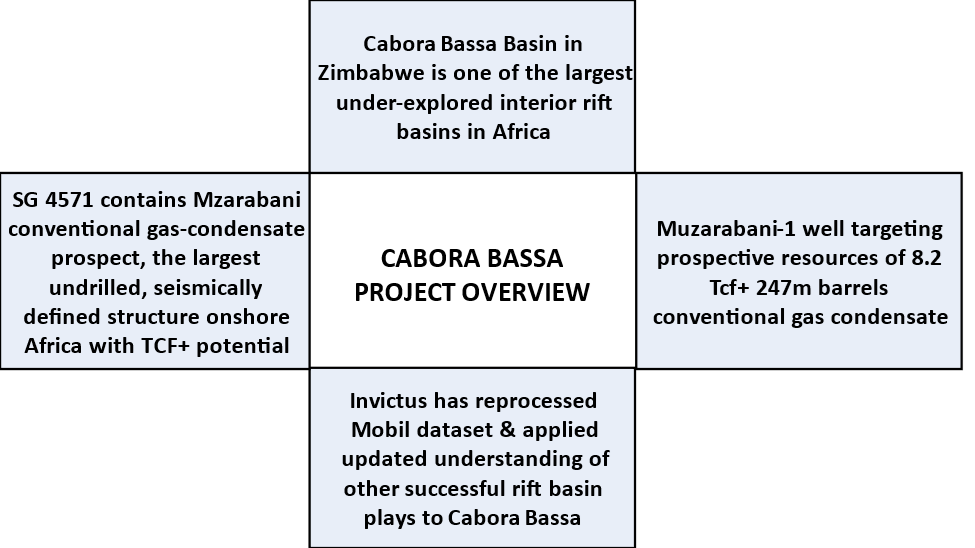 The Company will launch its key pre-drilling initiatives in the coming weeks. All in all, Invictus is in a strong position ahead of its planned May drilling campaign.