An independent upstream oil and gas company, Invictus Energy Limited (ASX:IVZ) is marching forward with great progress in the activities at its 80% owned and operated Cabora Bassa project in Zimbabwe. In the latest release, the company has talked about its prospects and leads portfolio at the high potential expanded exploration footprint in the Cabora Bassa Basin.

Invictus has found a material portfolio of high potential prospects and leads in the newly expanded basin master position, combined with the high-quality seismic data acquired in the CB21 Survey. This has been discovered after receiving the approval of the Assignment Agreement for the exploration rights to Exclusive Prospecting Orders (EPOs) 1848 and 1849 with the Sovereign Wealth Fund of Zimbabwe (SWFZ).

The newly identified Basin Margin play has several drill ready prospects which have been mapped along the southern basin bounding fault. They display similarities with the East Africa Rift “String of Pearls” which led to material discoveries in the Lokichar Basin in Kenya and Albertine Graben in Uganda.

In addition, large leads on trend with the Mukuyu prospect have also been identified along the basement high in the Central Fairway play. It offers follow-on prospectivity which can be matured at low cost.

The company will begin the maiden drilling campaign this month to test both key play types through the Mukuyu-1 and Baobab-1 exploration wells. The company sees a potential to discover a massive resource base in the Cabora Bassa Basin.

The Mukuyu-1 well will target stacked Triassic and younger sandstones within a 200km2 four-way dip closure on the basement high trend, while the Baobab-1 well will target stacked Cretaceous and younger sandstones, within four-way and three-way dip closures, against the southern basin bounding rift fault. Structural characteristics of Baobab are similar to the basin opening Ngamia discovery drilled in Kenya’s Lokichar Basin. 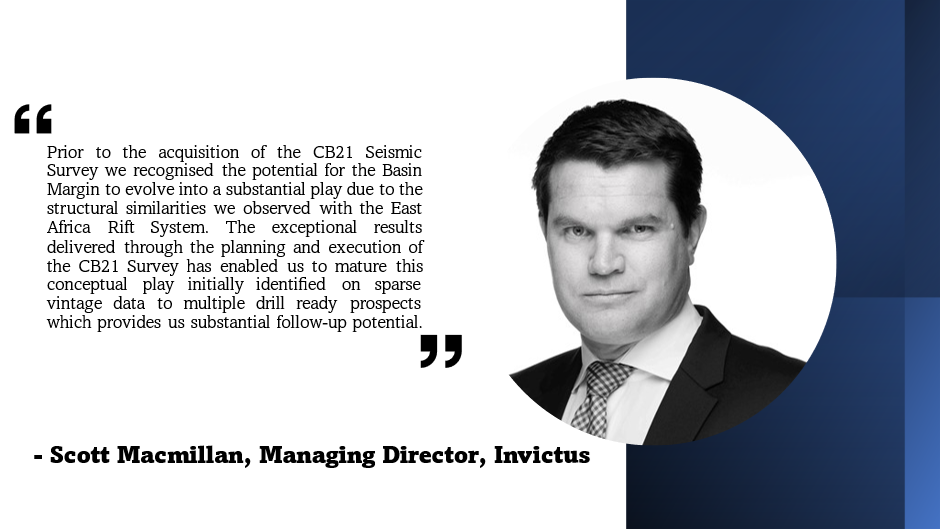