The Chief Executive Officer of Beam Communications Holdings Ltd (ASX:BCC), Michael Capocchi, has bought around AU$40,000 worth of shares in his own company following Beam’s record FY21 results and bullish outlook.

Mr Capocchi bought 160,202 shares in Beam on-market at an average price of 24.5 cents – taking the total number of shares he owns to over 2.8 million.

Perhaps the purchase comes as no surprise, given that the company shares are trading at a lower multiple as compared to its peers.

The Company has been riding high throughout the financial year 2021, clocking an all-time high revenue and significant operational advancement. Despite the global pandemic-induced challenges, BCC is successfully transitioning into a faster growing technology group with a significant recurring revenue business.

Currently, Beam is the only ASX-listed developer of mobile satellite equipment. The Company is a world leader in developing multi-band (satellite, mobile, Wi-Fi) portable devices and services for smartphones.

ZOLEO Inc. registered a six-fold increase in revenue to AU$13.5 million. It is a 50/50 joint venture business between Beam and Canadian company Roadpost Inc. 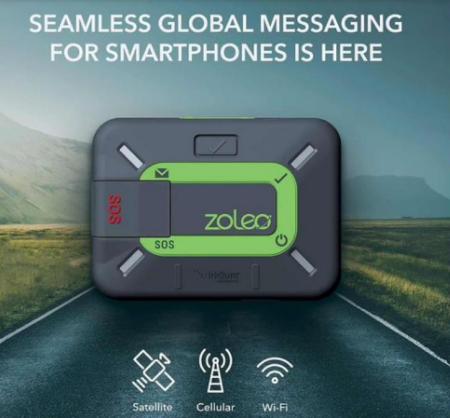 Related Read: Beam Communications (ASX:BCC) bags new orders for ZOLEO ahead of its launch in Europe

The other major factor contributing to Beam’s financial performance was the brilliant success of Iridium GO!. During FY21, The Company received an order for 5,000 Iridium GO! devices from Iridium Communications Inc (NASDAQ: IRDM), a long-standing partner of Beam.

Here, we have a rundown of Beam’s strong performance for the year ended 30 June 2021.

Beam’s powerpack year and revenue success is an upshot of the exceptional business performance, particularly ZOLEO, a global seamless messaging solution designed and developed by Beam. 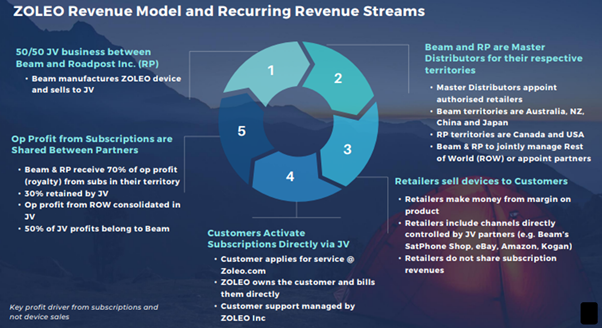 More than 33,900 ZOLEO devices were invoiced in the year, which signifies more than fivefold increase on the previous comparable period. The spike was driven by the surge in demand for the global messaging solution in North America and Australia.

With significant increases in ZOLEO subscriber numbers, the Company expects to increase its profit margins due to strong operating leverage (economies of scale).

Currently, Beam collects 70% of gross margin from ZOLEO subscriptions in its territories, which include Australia, New Zealand, Japan and China. ZOLEO was also launched in New Zealand in early August.

Moreover, it is set to enter the United Kingdom and select European markets in early 2022. Beam and Roadpost Inc. will share equally the gross margins from subscriptions in the UK and Europe.

The top-tier designer and manufacturer of satcom equipment is currently in a very robust financial position to fill the ongoing fiscal year with great developments and profitable growth.

Evidently, Beam expects to sustain the momentum in the coming 12 months and register exceptional performance again.