Australia-based Imugene Limited (ASX:IMU) has added more bling to its existing product pipeline, enhancing its portfolio with a novel CD19 expressing oncolytic virus from City of Hope® to turn CAR T therapy against solid tumours. The Company has recently entered into a licensing agreement with City of Hope for the patents covering a novel combination immunotherapy, onCARlyticsTM (CF33-CD19).

Currently, CAR T cell therapy has limited activity in solid tumours, largely due to a lack of selectively and highly expressed surface antigens, such as the blood B cell antigen CD19. Interestingly, onCARlyticsTM makes the treatment of solid tumours by CAR T drugs viable.

Imugene expects the initiation of the onCARlyticsTM Phase 1 study in 2022, which will evaluate the safety and efficacy of CF33-CD19 in combination with CAR T therapy in patients with solid tumours. Besides, Phase 1 CF33 oncolytic virus studies, commencing shortly, are also expected to accelerate the development of onCARlyticsTM.

Developed at City of Hope

onCARlytics™ or an agent that identifies cancer cells for destruction of CAR T cells was developed at City of Hope. Led by Saul Priceman (PhD), City of Hope scientists combined two strong immunotherapies - CD19 CAR T cell therapy and Imugene’s CD19 oncolytic virus.  These therapies were combined with the goal of targeting and destroying solid tumours that are otherwise hard to treat with CAR T cell therapy alone.

Scientists at City of Hope genetically engineered an oncolytic virus to get into tumour cells and force production of CF33-CD19 on the cell surface. Then, the scientists were able to utilise CD19 directed CAR T cells to identify and attack these solid tumours. Recently, the preclinical research was published and featured on the front cover of the prominent journal, Science Translational Medicine.

As per Dr Priceman, City of Hope’s research shows that oncolytic viruses are a promising and powerful approach that can be strategically combined with CAR T cell therapy in order to effectively target solid tumours in patients.

Currently, CD19 CAR T cell therapy is approved by the U.S. FDA (Food and Drug Administration) to treat specific types of blood cancers, including acute lymphoblastic leukemia and B cell lymphomas. The new research may increase the use of CD19 CAR T therapy with CF33-CD19 for the treatment of patients with potentially any type of solid tumour.

Do Not Miss: Imugene Limited ends an action-packed Q1 2021 with robust cash balance

Imugene has executed a four-year Sponsored Research Agreement with City of Hope and its research team led by Dr Priceman to further develop the cell therapy technology. Under the terms of the licence agreement, the Company will acquire the exclusive worldwide rights to develop as well as commercialise the patents encompassing the CF33-CD19. 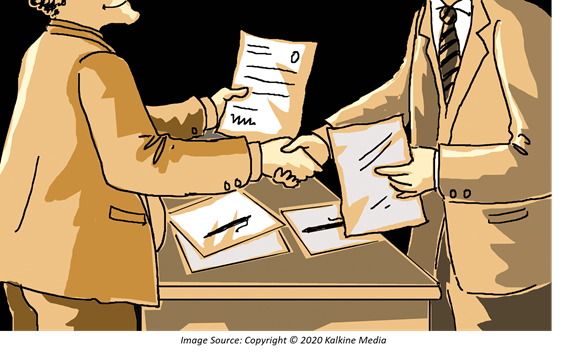 The Company notified that all upfront cash payments under the licence agreement will be funded through its current cash reserves.

All in all, the worldwide exclusive license to combine the oncolytic virus and cell therapy technology offers Imugene numerous partnering or collaboration opportunities for both approved and in-development CAR Ts.