Gold exploration by Musgrave Minerals Limited (ASX: MGV) has scaled new heights at the Cue Project, where it has met with phenomenal drilling success. The impressive drilling results came at a time when the world was witnessing an impeccable gold rally, adding to the lustre of gold-related investments.

All in all, the ongoing market conditions have been complementing the Company’s active engagement across its robust gold project portfolio. Let us explore some critical developments made during the six months ending 31 December 2020, which became an integral part of the Company's progress.

Resource Upgradation at Break of Day

The exceptionally positive outcomes from 2020 reverse circulation (RC) and diamond drilling (DD) programs resulted in the Break of Day resource update. Several gold lodes remain open down plunge both at Lena and Break of Day, highlighting the scope for further expansion of the resources.

Significant drilling results from other targets are illustrated below: 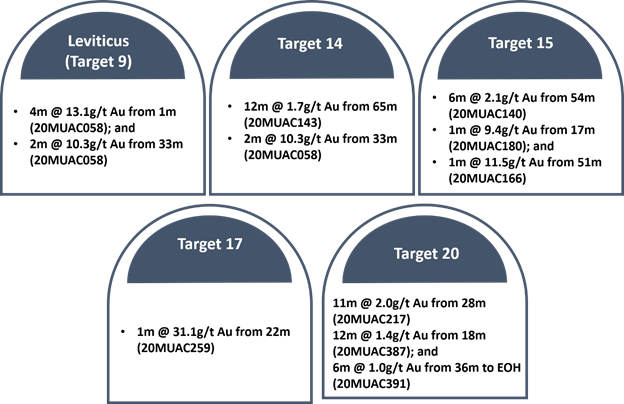 The Company intends to test the depth and strike extent of all the twenty targets, with follow-up RC drilling undertaken at the White Heat prospect in January 2021, yielding strong early results.

Two phases of aircore (AC) drilling were effectively wrapped up at Lake Austin (under the Evolution Joint Venture), with 436 holes drilled for approximately 49,000 metres. Multiple regolith gold anomalism zones were identified, which suggest the presence of substantial mineralised systems in the underlying bedrock.

The company has kicked off a diamond drilling program focused on testing the basement for the primary source of the regolith gold anomalism.

A Snapshot of Corporate Activities

In December 2020, Musgrave successfully raised AUD 16 million before costs through a share placement, which received firm support from institutional, corporate and sophisticated investors. The company raised an additional AUD 3.5 million from an SPP (Share Purchase Plan) completed in January this year.

At the end of the period, the Company had cash and cash equivalents of more than AUD 22 million.