Eclipse Metals Limited (ASX:EPM) is a diversified metals explorer, focused on tapping unique opportunities in the green energy metals and minerals sector. The Company recently entered an agreement to acquire the historical cryolite, rare earth minerals (REE), high-grade quartz and base metal project, Ivittuut in Greenland. It is to be noted that the project hosts the world’s largest (and only) historical cryolite mine.

The latest in the series is the access to historical exploration data for the project. 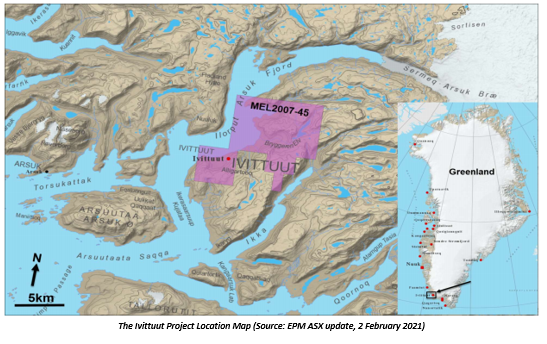 Building upon the transformational acquisition, the Company has secured definitive historical exploration data and analytical results, indicating the distributed mineralisation within the historical Ivittuut mine.

The original data is based on assay results of 665 samples from 1,943 metres of drilling core samples, currently under evaluation and qualified for JORC compliant reporting.

The analysis of the coring samples has been drilled from the base of the pit by the operator of the mine, Kryolitselskabet Oresund. The evaluation has indicated the presence of cryolite, high-grade quartz, fluorite, sphalerite (zinc sulphide) and siderite (iron carbonate) within and beneath the historical open pit deposit. 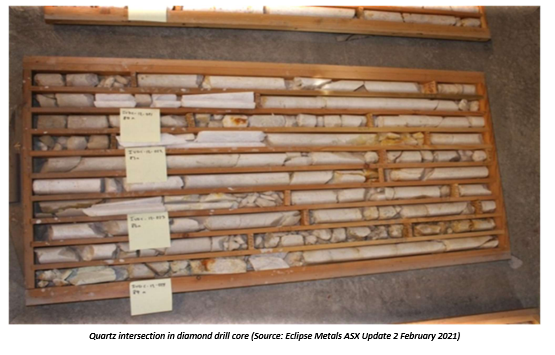 The chemical analysis of the cryolite, fluorite and total iron were conducted at Kryolitselskabet Øresund's laboratory. The assaying of the samples was performed for Cu, Zn, Pb and S elements on 161 samples, representing the 474 metres core at the Outokumpu Oy laboratory in Finland.

In 1985, Kryolitselskabet surveyed the base of the open-pit and drill collar locations to prepare a precise and upgraded model for the pit and to define the spatial location of mineralisation beneath the floor of the pit. The survey data is now being digitised to assess the mineral resources to plan further activities.

The Ivittuut project is located in close proximity of Cape Desolation in southwestern Greenland. The town has a power station and fuel supplies to service the station and the local traffic while also aiding mineral exploration. Kangilinnguit and Gronnedal, almost 5.5 kilometres of Ivittuut, provide an existing access to a heliport and an active wharf with infrastructure. 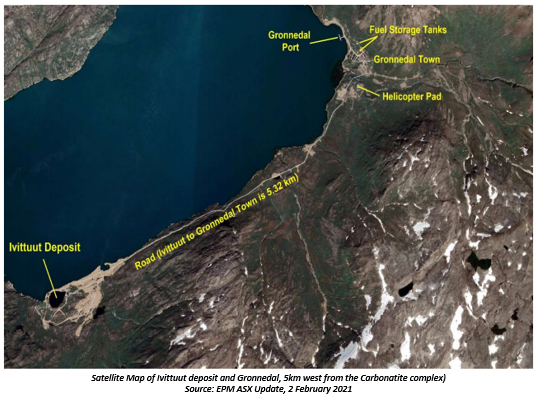 Around 300 metres in diameter, the Ivittuut project is one of the younger intrusions. The granite exhibits alterations by albitisation, metasomatism and greisenisation.

The Gronnedal-lka carbonatite is the oldest among the complexes, which have been faulted and cut by dolerite dykes. This complex belongs to the Gardar intrusive suite within the regional Archaean gneiss. The carbonatite consists of four steeply dipping ring structures of nepheline syenite and carbonatite on an area of 2 square kilometres. The carbonatite is interpreted to be formed by fractional crystallisation of magma.

Ivittuut and Gronnedal-lka have been faulted and fractured, hosting conduits for volatile-rich mineralising fluids.

A Perth-based geophysicist is evaluating the recently acquired historical geophysical data, which is expected to be reported soon. The results of the geophysical study will be coordinated with chemical and drill data to prepare definitive plans for delineating resource and future exploration for resource definition.

The ground activities have been planned to utilise the qualified Greenlandic personnel to undertake the coordinated sampling program on the low-grade dumps and tailings of the cryolite mine and treatment facilities to confirm the historically recorded results.

The Company has also acquired a report on rare earth minerals in Greenland, that is being reviewed for exploration activities along with the technical team. The aim is to schedule an exploration program in late-2021.

Eclipse Metals plans to conduct an extensive re-logging of the 19,000m of drill cores, which have been stored in Greenland.

Most of the diamond drill core from the storage represents the vertical drill holes from the bottom of the mining pit, downward inclined and horizontal drill holes at the footwalls. Additional data will be sought while the company is working on the extensive geological and GIS database on the project area and its surroundings.

Eclipse Metals will evaluate the potential for rare earth elements outside the Ivittuut mine area and over the Gronnedal-lka carbonatite / rare earth prospect area.