Greenland Minerals Limited (ASX:GGG) had systematically and effectively advanced the world-class Kvanefjeld Rare Earth Project under all successive governments since the start of operations in Greenland in 2007. Currently, the Company is cognizant of Greenland’s evolving political developments. Meanwhile, the Project’s public consultation, a key phase, continues. 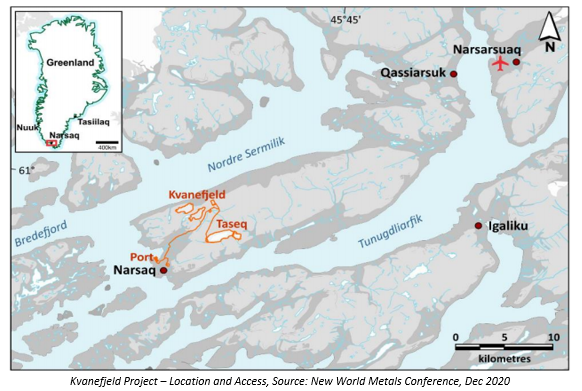 A series of official public meetings for the Kvanefjeld Project was held in three major towns in southern Greenland between February 5th to 9th 2021- Narsarsuaq, Qaqortoq, and Narsaq. The Greenland government's administration managed the meetings.

Notably, no issues were raised that had not been thoroughly addressed in the impact assessments.

There has been an alteration to the present coalition government in Greenland. The Democrat party, a minority coalition member, withdrew from the governing coalition. This recent move leaves the Siumut and Nunatta Qitornai Parties as a minority government.

Sailing through the changing political developments, Greenland Minerals continues to actively engage a broad cross-section of both government, and community stakeholders in the region. Impressively, the Company has the history of systematically and effectively advancing Kvanefjeld under all successive governments, ever since operations began in 2007.

Greenland Minerals representatives are planning for additional meetings to continue the engagement process in the coming weeks. The public consultation process will continue until 1 June 2021.

As the political landscape evolves in Greenland, the Company will keep the market informed about any material developments at Kvanefjeld.

MUST READ: Here’s what may lead to Greenland Minerals’ (ASX:GGG) progress in 2021

The official public meetings represent a significant part of the stakeholder engagement process. In the process, community and government stakeholders can discuss and get explanations of the outcomes of Kvanefjeld’s environmental and social impact assessments (EIA, SIA) while discussing its significant opportunities and benefits.

The Greenland Government initiated the process on 18 December 2020. It was recently extended until 1 June 2021, making it a 23-week consultation period instead of the initially planned 12 weeks.