Golden State Mining Limited (ASX:GSM) has provided an update highlighting its impressive progress in the highly prospective Mallina Basin of Western Australia. The gold and base metals exploration company has announced the granting of Yule East E45/5570 tenement along with the progress on its proposed ground programs.

The granting of the Yule East E45/5570 tenement will significantly enhance GSM’s regional footprint. Covering an area of ~210km2, the tenement is strategically located in the Mallina Basin sequence.

It is to be noted that GSM owns 100% of the premium Yule Project, which covers ~700km2 in the Archaean Mallina Basin. The large ground position enhances the potential for gold discoveries at the Yule project in the exciting Pilbara region of Western Australia.

Previously, GSM had involved Core Geophysics Pty Ltd to assess open file aeromagnetic data pertaining to the tenement. The company had delineated multiple intrusive style targets and prospective structural settings and corridors, which have been prioritised for testing during the 2021 field season.

The new targets will complement the already identified targets along the Yule River Shear Zone and enhance the overall potential of the tenement.

GSM has concluded discussions with concerned regulatory authorities for the approvals for reverse circulation (RC) drilling at Yule South. The delay in the approvals was due to the proposed deeper drilling in an area with water reserves.

To address the issue, a modified drill hole rehabilitation procedure and an updated environmental management plan have been completed. The POW-E (Program of Work - Exploration) application for the RC drilling covering approximately 4,000m is anticipated to be taken on priority.

The program will cover 4,000m to test additional prospective targets with favourable geochemistry. 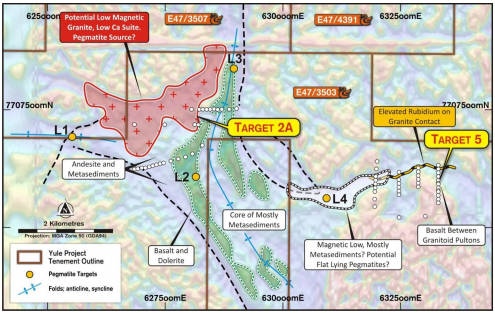 Inching towards potential discovery at Yule

GSM has already identified high priority gold, lithium, and base metal targets at the Yule project. The premium project is proximal to or hosts major regional structures including the Sholl Shear Zone, which is considered to be prospective for base metals.

The company has identified large discrete intrusive targets at the project with magnetic signatures similar to that of the recent discovery at Hemi.

GSM seems to be outperforming its peers on the back of robust exploration activities as the company is focused on unlocking the next great gold discovery at Yule. 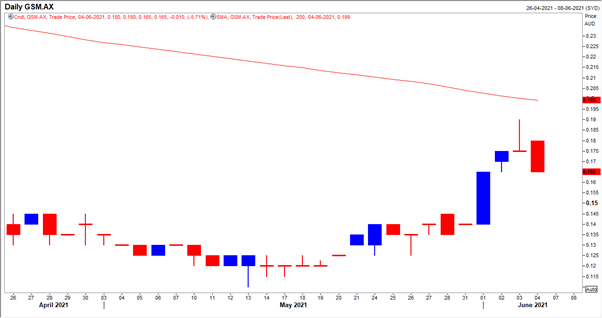