Renegade Exploration Limited (ASX:RNX) has been seeking to emerge into a mid-tier resource company by discovering, acquiring, and developing value-accretive mineral deposits. Recently, RNX was engaged in acquiring and offloading mineral deposits to enhance its position as a mineral explorer and developer.

RNX has recently acquired an interest in the Carpentaria Joint Venture, which comprises several identified advanced copper and gold projects. RNX has been continuing the acquisition work and inked a fresh deal.

Lately, RNX has entered a joint venture transaction with Burke Copper Pty Ltd and has inked an agreement that allows RNX to earn up to 75% of the North Isa Project. This project is located directly north of the George Fisher mine, and around 40km north of Mt Isa township and will control around 20km of the Western Fault. 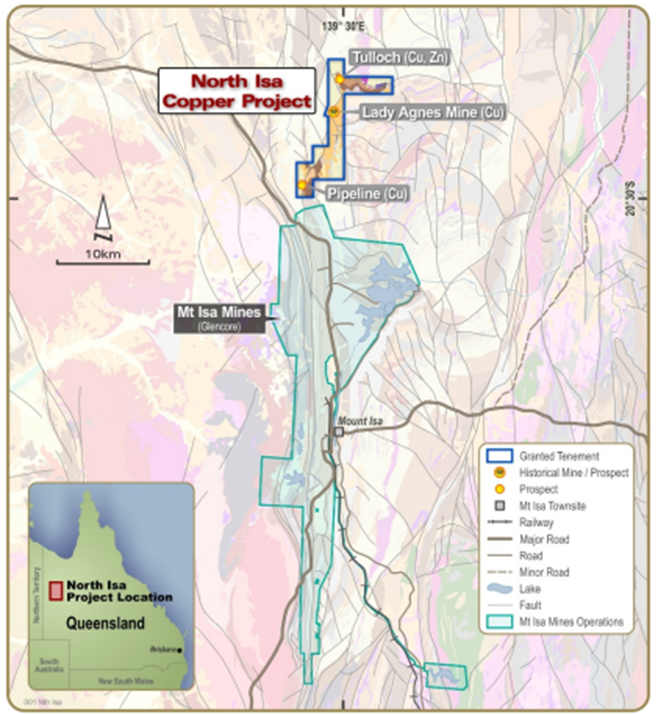 The Western Fault and related faults are a host to the historic Lady Agnes copper mine, while the project spans the Eastern Creek Volcanics (ECV) and Mt Isa Group sediment boundary with many existing copper mineral occurrences.

Historically, the area has witnessed irregular and disjointed exploration, and the faulted contact recently came under the control of Burke Copper. RNX believes that this would allow a consistent and rigorous exploration program to evaluate and examine the faulted ECV/Mt Isa Group contact and other connected structures of interest.

A snapshot of the various terms and conditions for the option agreement is given below: 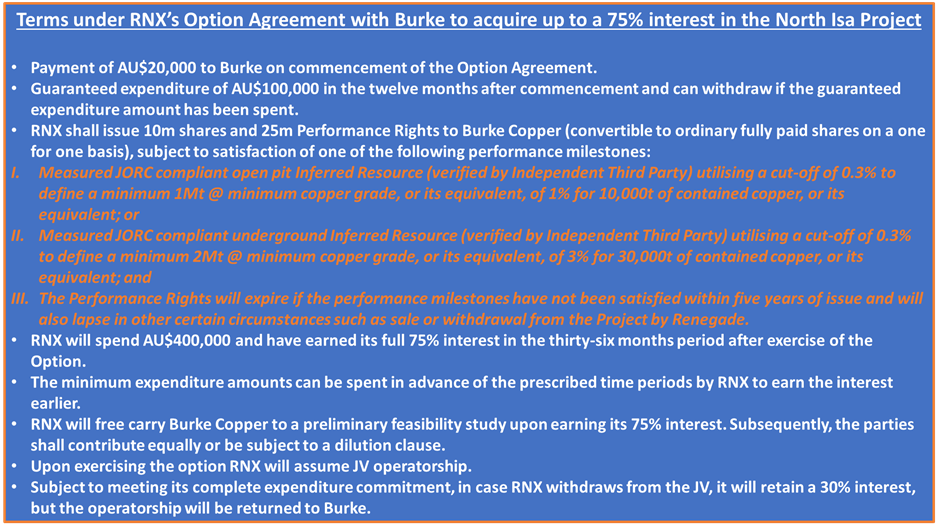 RNX believes that the North Isa Project is a valuable addition to its expanding footprint in Queensland as the local government recently released its draft Queensland Resources Industry Development Plan (QRIDP), seeking to develop a strategy for the coming three decades to ensure consistent, sustainable growth in the resources sector.

The QRIDP, in conjunction with recent State and Federal initiatives, offers further support to the strategy in Queensland that RNX pursues.

Moreover, both RNX and Burke are looking to conclude the formal JVA as RNX is eager to kick off work immediately. Currently, RNX is engaged in planning work programs to begin very soon, comprising soil sampling, field mapping, reinterpretation of historical data and investigation of targets generated by Burke.