The news was greeted by a strong response from investors as FAU shares surged to AU$0.017 a share on 10 June 2021, registering a ~6.25% increase against the previous close, with a market capitalisation of AU$9.83 million.

The maiden diamond drill program at Snowstorm, which totalled 12 holes for 1379m, delineated high grade shoots with gold grades exceeding 1 oz/t.  The technical team at FAU considers this as a major feat for the initial drilling program at the prospect. In what is being considered a new analogue to the Woods Point Dyke Swarm, the company has discovered a mafic dyke swarm, which is associated to the quartz-reef and shoot gold mineralisation at Snowstorm.

The program was also successful in enhancing FAU’s interpretation about the geological setting and the characteristics of the prospect. The company identified high-grade shoots as well as lower grade halos, which provide FAU with critical insights to vector in new drill target for the upcoming exploration program at Snowstorm in the coming months.

The drilling program intersected multiple altered and mineralised mafic dykes that are considered analogous to the Walhalla and Woods Point Dyke Swarm system, where over 2.4 million ounces of gold was historically mined.

The intersected sulphide mineralisation is included within a suite of mafic dykes, which are associated with quartz veins and gold mineralisation within shoots, representing a new mineralisation style in the Swifts Creek area.

The Snowstorm shear zone is understood to represent a splay off the crustal-scale Cassilis Shear Zone. The Cassilis area is known to have churned out over 100,000 ounces of gold historically. Additional drilling activity in the future will follow up on the high-grade intersections and test the shear zone at depth. 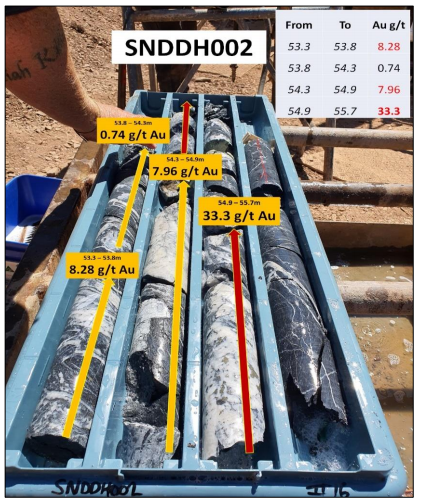 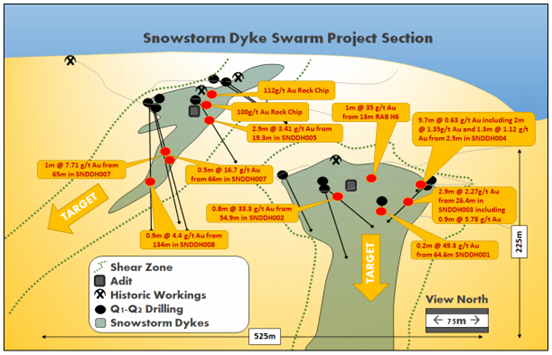 The structural logging of the core is being carried out to assist in targeting high-grade intersections. The historical drilling in the area has also identified high-grade veins at RABH6 hole with an intersection of [email protected] 35 g/t gold.

The company’s first ever drilling program was intended to test the steep south dipping mineralised trends, which were outlined during the surface mapping and rock chipping program in December last year. 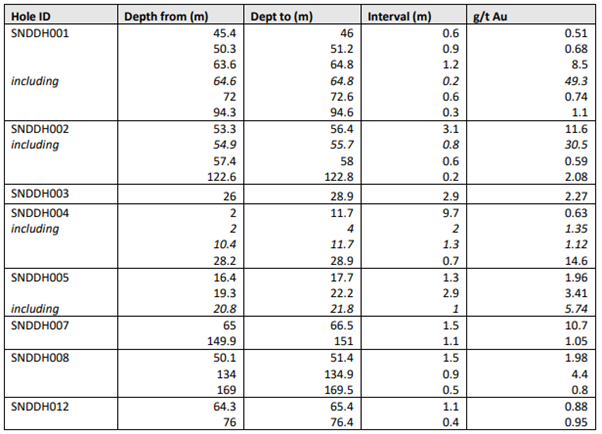 The fire assay results with ASS finish have been reported outlining the potential for coarse gold component that is typically found in this style of orogenic and sedimentary hosted gold deposits in the area. The Screen Fire assay results are currently underway and will be released in due course.