The slew of initiatives undertaken during the quarter underscores the Company’s intention to captialise on the exciting potential at Sorby Hills, which included activities ranging from on-field exploration to metallurgical test works and resource upgradation. 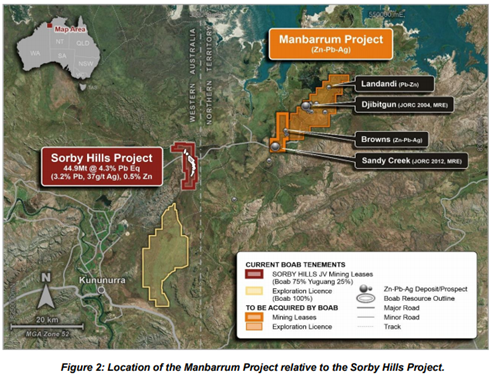 With this backdrop, let’s explore the key developments during the quarter.

Boab released an updated Mineral Resource Estimate undertaken by CSA Global during the June Quarter, incorporating the Phase IV drilling results. The update resulted in the conversion of 4.0Mt of Indicated Resources to Measured Resources (up by 56%) while shallow Resource tonnes (<60m) also increased significantly.

Boab has planned a further Mineral Resource update to be undertaken after the Phase V drilling program is completed.

In the June quarter, Boab commenced the Phase V drilling program at Sorby Hills. The high-impact drilling is focused on increasing resources at Sorby Hills in order to maximise the value extracted from the Definitive Feasibility Study (DFS).

As per the latest update, 3,000m of drilling across 31 holes has been completed. The drilling also targeted six holes that were not incorporated in the original 4,200m drilling program. Boab is encouraged by the Phase V drilling program results so far and intends to extend the program further.

The rest of the drilling program consists of:

The Company also advanced its Sorby Hill DFS metallurgical testwork program, with testwork to date aligning with the expectations.

Encouraging results from testwork should assist in enhancing the grade of concentrate and boost project economics with improved pyrite rejection. The DFS results of the metallurgical testwork program are expected during the upcoming quarter.

Boab Metals has scored naming rights sponsorship for Ord Valley Muster in 2022 and 2023, having taken over the baton from Rio Tinto and the Argyle Diamond Mine.

During the June quarter, Boab carried out preliminary discussions with a suite of commercial banks. The discussions are a means to provide the banks an update on the project’s progress while receiving early feedback to integrate into the DFS and project execution workstreams.

Subsequent to the quarter-end, Boab entered into a binding agreement with Todd River Metals Pty Ltd to acquire the Manbarrum Zinc-Silver-Lead Project.

The Manbarrum Project, stationed 25km east of Sorby Hills, covers geology that is genetically related to that observed at Sorby Hills. Boab anticipates an effective transfer of technical knowledge to optimise exploration and Resource development potential.

The consolidated cash balance of the Company, as of 30 June 2021, was AU$12.95 million. Boab stated that it is well funded to progress Sorby Hills to a Final Investment Decision, with sufficient funds to executive the DFS workstreams, and leverage further exploration, value adding and de-risking opportunities.