Gold and copper focussed explorer and developer Empire Resources Limited (ASX:ERL) had been engaged in mineral exploration and evaluation of land assets across Australia.

During the year, ERL incurred AU$1,221,216 as an expenditure for exploration activities across various projects, which was mainly attributable to the drilling program at the Yuinmery project.

Let us look at other key developments of the Company across the project portfolio during the financial year.

The Penny’s Gold Project has not undergone any systematic or follow up exploration since 2010. ERL concluded a 1,381m air-core (AC) drilling campaign in September 2020 that delivered consistently robust gold anomalism from successive holes with the highest gold results of 12m @ 0.80g/t Au from 40m, including 4m @ 1.78g/t Au from 48m in hole PAC20-02. 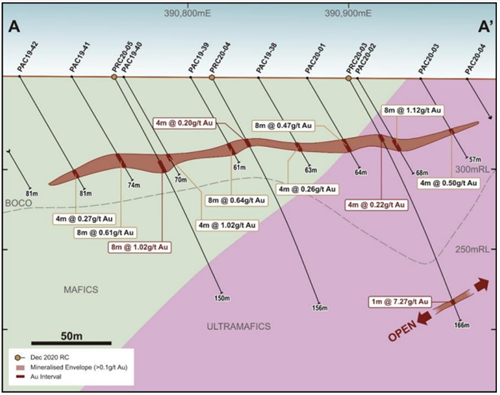 The Company believes that the current discoveries indicate encouraging signs and warrant follow up drilling at the area.

ERL received highly encouraging results from the various drilling campaigns executed throughout the year across various targets located at the Yuinmery Copper-Gold project. Moreover, ERL has enhanced its understanding of the geology, alteration characteristics and structure at the project and now can target earlier untested areas across the project.

ERL has proposed first pass AC, infill AC and RC programs across various regional targets as part of the Company’s systematic exploration approach to test the pipeline of targets. In addition, a diamond and RC drilling is also planned to test the other targets areas. 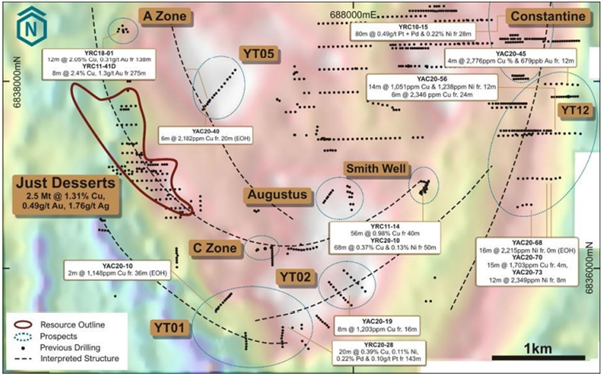 Drilling undertaken during the year helped intercept copper-nickel mineralisation at depth and down plunge in the northeast sector of the Smith Well prospect. Moreover, an earlier unknown broad zone of elevated PGM mineralisation was encountered through drilling at YT01 in hole YRC20-285.

RELATED ARTICLE: How is Empire positioned with its portfolio of highly prospective projects?

At the Smith’s Well prospect, ERL identified a steeply plunging structure trending in a North-East direction, and broad zones of disseminated to matrix sulphide mineralisation were returned through drilling.

4 RC holes for 746m targeting the North-East plunge and down-dip extensions of the structure was done during the June 2021 quarter. Samples for them were submitted and assay results are yet to be received.

The initial investment in DCN (then NTM) was financed from cash reserves and an unsecured loan of AU$1.5 million granted by Non-Executive Chairman and major shareholder of ERL, Dr Michael Ruane.

Subsequently, the term was extended indefinitely in July 2020, with the repayment of the loan and interest that concluded in September 2021.

Moreover, ERL’s dispute with Eastern Goldfield Milling Services Pty Ltd concerning unaccounted gold after a toll treatment milling campaign conducted by EGMS at its Burbanks Gold Processing facility in late 2017 was referred to Arbitration and the hearing completed in March 2021.

Issues raised in the Arbitration and to monies payable between the parties in relation to the Toll treatment campaign was agreed through a confidential settlement between ERL and Eastern Goldfield.

ERL continues to assess opportunities in the Eastern Goldfields of Western Australia that complement its current portfolio. All eyes remain on the continuing work across projects of the Company and the results thereof.