Gold and copper focussed explorer and developer Empire Resources Limited (ASX:ERL) has been exploring Penny’s Gold Project. The Company had an impressive 2020 with significant results returned from multiple exploration works undertaken throughout the year.

Furthermore, the existence of a flat-lying >0.2g/t gold supergene anomaly has also been confirmed through drilling at the prospect. The anomaly is around 8m thick, 250m wide and open to the north and south, and the supergene blanket drapes through a dominant mafic-ultramafic contact.

Notably, the gold mineralisation at the PF09 prospect is strongly related to arsenic, and this strong correlation of gold and arsenic is an encouraging outcome for ERL. 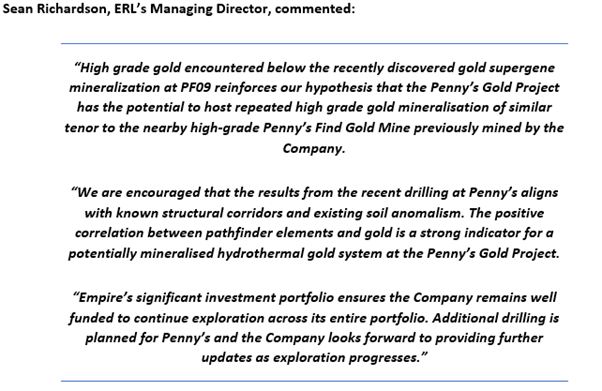 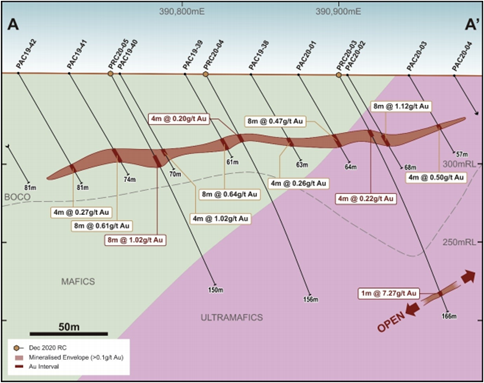 ERL has confirmed through RC drilling that another prospect, PF04 lies along the western boundary of a substantial geological border that is correlated with an anomalous geochemical gold signature. Moreover, the PF04 prospect is predominantly composed of a substantial arsenic plume and anomalous gold in RAB/AC drilling throughout several lines spaced over 2km.

The Penny’s Gold Project of ERL has undergone limited systematic exploration since 2010; however, ERL has concluded a comprehensive data evaluation and interpretation program followed by drilling at the project area. This comprises reconnaissance AC and first pass RC drilling during 2020.

The road ahead for ERL

Over recent times, the Company’s geological and structural interpretation has advanced swiftly and was backed by aeromagnetic data. Moreover, the Company’s exploration approach's viability has been demonstrated through early greenfields success at PF09. 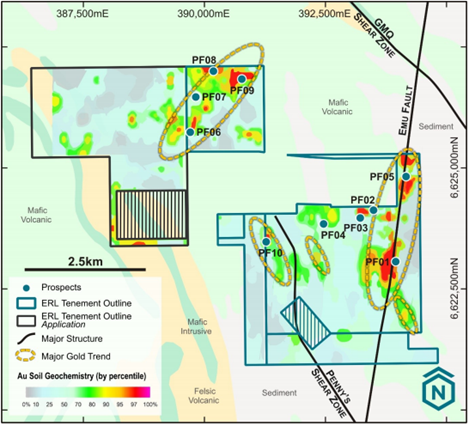 ERL remains confident to move ahead with additional exploration programs throughout prospective areas at the Penny’s Gold Project.

Going forward, ERL also plans to undertake additional RC drilling with a view to testing the levels of the gold mineralisation and interpreted prospective structures on second and third-order structural orientations.

In upcoming campaigns, the Company also looks forward to the drilling, testing the potential for further plunging gold shoot positions where positive structural intersections have been demonstrated.

DID YOU READ: Empire Resources (ASX:ERL) Shares Rally ~84%; What next for shareholders?