Empire Resources Limited (ASX:ERL) has been progressing exploration across project portfolio with a view to further advance its projects. During the quarter ended 30 September 2021, ERL concluded key activities that returned encouraging results to continue further activities.

The Company managed to repay its loan facility and maintained its investment in another resource company. Let us look at these key developments in detail. 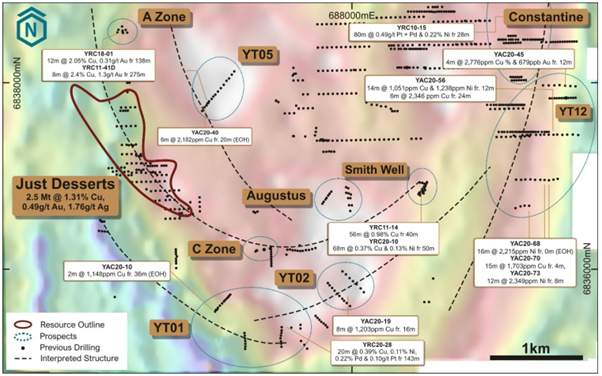 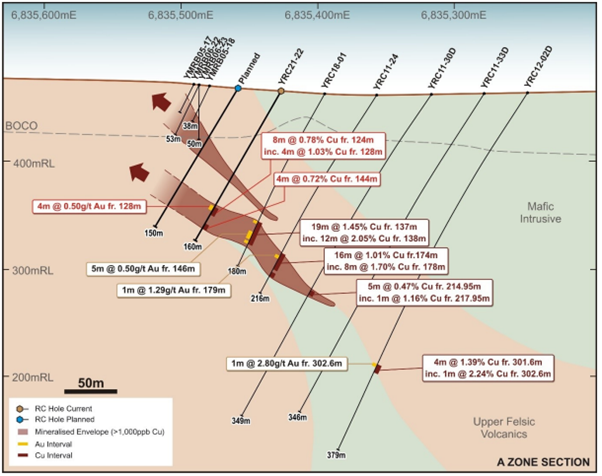 The Smith’s Well results are from the deepest mineralised intercepts drilled to date and support the hypothesis that Smith’s Well may hold economic mineralisation at depth.

Notable, this drilling ended in mineralisation, highlighting the extension of the mineralised system below present drilling depths.

ERL’s programs have been developed for diamond drilling of the deep copper, nickel and PGM targets, and the Company has approached drilling contractors and believes that a positive schedule can be achieved.

The results at the A Zone prospect indicate continuity of the copper-gold mineralisation, and the up-dip projection of the mineralisation shall be tested through planned further drilling. Moreover, at the Smith’s Well prospect, the Company plans to undertake a series of deep diamond core holes to test the mineralised zone at depth and along strike.

ERL believes that the current results are highly encouraging for the Constantine Prospect, and additional work is needed to ascertain the potential of the prospect. 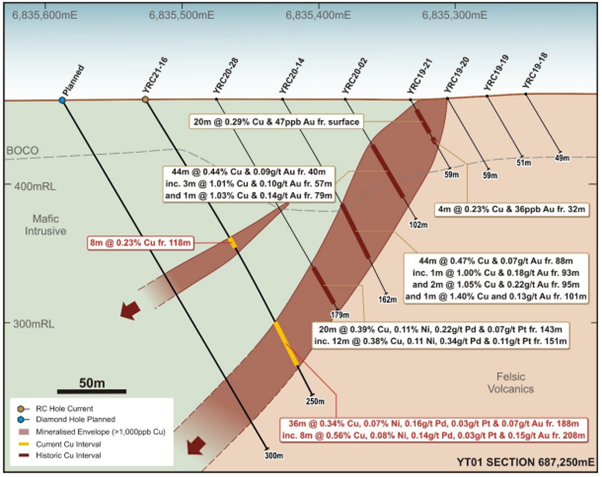 At the YT01 prospect, the results offer encouragement to the Company and warrant a follow-up, for which ERL has planned a deep diamond core hole for the upcoming round of drilling.

At the Penny’s Gold Project, ERL concluded an RC drilling program during the quarter. The drilling aimed at strike extensions to anomalous bedrock mineralisation of 1m @ 7.27g/t Au and 7,396ppm As from 153m. 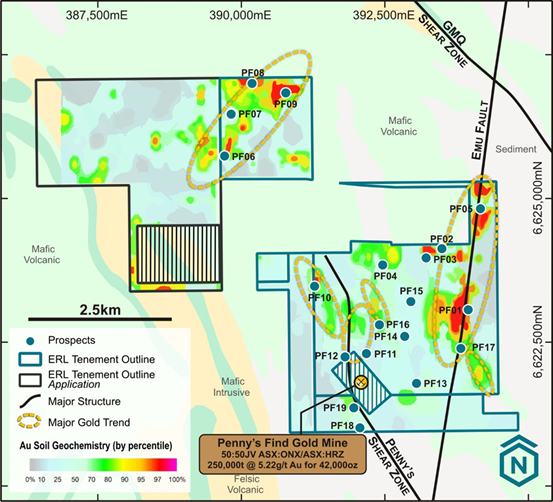 RELATED ARTICLE: How is Empire positioned with its portfolio of highly prospective projects?

During August 2021, ERL concluded 5 RC holes and samples submitted for analysis. Moreover, results were received after the end of the quarter.

The Company looks to undertake aircore drilling at PF09 in the future, which shall be directed towards ascertaining the extent of the supergene and identifying bedrock mineralisation targets for additional RC drilling.

ERL had initiated ground exploration activities at the Nanadie project, and a detailed geological mapping was concluded. Moreover, the combination of the detailed geology mapping and compiled available geophysical imagery have helped in designing around 1,500-point soil sampling program.

ERL also initiated field collection of soil samples; however, processing, analysis and results are anticipated in the next quarter. 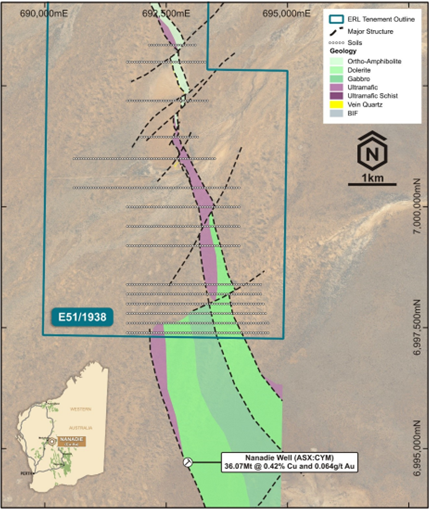 A significant amount of aerial magnetic and ground electromagnetic survey data through the review, reprocess, and interpretation of historical and publicly available geophysical data.

At the end of the September quarter, ERL’s investment in Dacian Gold Limited (ASX:DCN) stood at AU$0.78 million with 4.0 million shares held. ERL had sold around 9,035000 DCN shares during the quarter for net proceeds of AU$2,058,144.

Through these proceeds, ERL also repaid its AU$1.5 million loan facility in full, along with all outstanding interest.

ERL has been closely monitoring the progress at Penny’s Find Gold Mine, which is a joint venture between Orminex Limited (ASX:ONX) and Horizon Minerals Ltd (ASX:HRZ). HRZ had reported that all statutory approvals are in place, and a toll milling agreement has been executed for ore processing in the second half of 2021.

ERL and Eastern Goldfields have also agreed to a confidential settlement of issues related to all their disputes, and the Arbitration proceeding initiated earlier was terminated on 14 September 2021.