Mineral exploration company Empire Resources Limited (ASX:ERL) had implemented some measures in the past to align its operations with its strategy of capturing value through direct exploration in its current projects. These measures range from rationalising its cost base to discovering lucrative avenues for investment and effectively capitalising the business.

The Company has shown steady growth which is reflected in the share price of ERL that has grown approximately 80% over the past year till 22 January 2021. 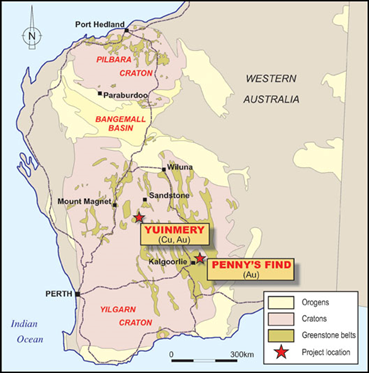 Furthermore, ERL has also added significant value through exploration activities across its project range by fortifying the investment portfolio. The Company owns a significant shareholding in a junior explorer NTM Gold Limited (ASX:NTM).

This investment by ERL has proven to be quite lucrative as the share price of NTM has increased by ~110% over the past one year. On the exploration front, NTM is working against the clock and has lately confirmed the extension of three distinct mineralised trends at its Redcliffe Project.

Interestingly, NTM has also proposed a merger with Dacian Gold Limited (ASX:DCN) through a Scheme of Arrangement.

NTM, where ERL has a significant holding, anticipates securing a fast-tracked opportunity to monetize its prolific Redcliffe project's value. Moreover, both parties to the merger look optimistic about enhancing their exploration potential and increased profitability.

The transaction is believed to generate significant benefits for both NTM as well as DCN. Moving further, it shall be interesting to see how things unfold for NTM in the coming times on the merger front, and the same shall influence ERL’s holdings in the entity.

ERL believes that its investment in NTM offers a rare opportunity for growth and NTM looks hopeful to derive further benefits from this investment.

ERL’s direct exploration programs have helped to reveal significant potential for its land assets, and the Company shall continue to execute discovery programs at both its projects.