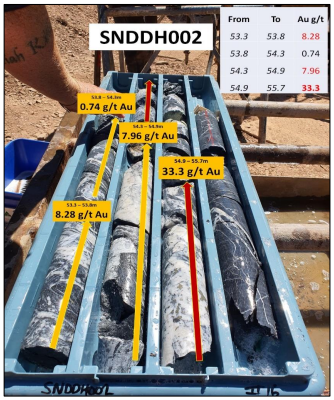 The preliminary assay results for some of the mineralised intervals have been achieved using Fire Assaying, while the company is yet to receive further outcomes from Screen Fire Assaying for potential coarse gold.

In the ongoing campaign, diamond drill holes are focussing on mineralised trends that were identified from surface mapping and rock chip sampling program during late 2020. 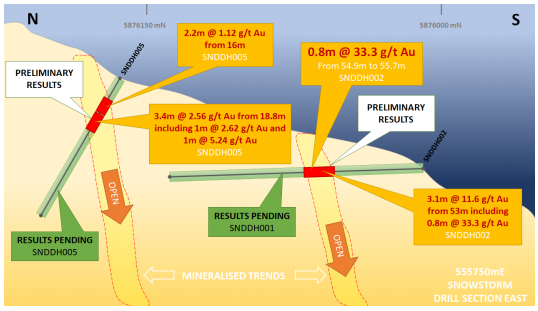 As per the company’s geological team, the diamond drilling program is expected to wrap up by late April 2021 and the pending results will be released thereafter. The assay results for the remaining samples of SNDD002 and SNDD005 are still pending. 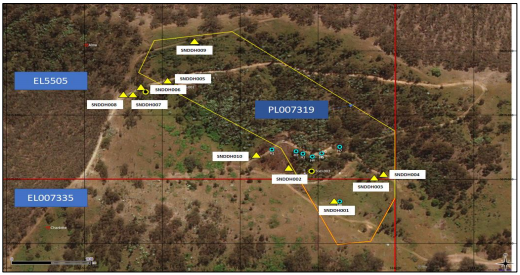 Snowstorm Prospect: First Au’s Snowstorm Prospect lies in the historic Swifts Creek Goldfields of the East Gippsland region. The prospect has historically produced (1845-1926) over 100,000 ounces of gold. The mining centres may produce ores with over an ounce of gold for a tonne of ore.

The historical exploration data recorded mineralised intersections with gold grades above 35 g/t gold and mullock samples up to 123 g/t. The Snowstorm project is located just 15 km north of the FAU’s Haunted Stream project. The Snowstorm Prospect hosts the same Ordovician-aged rocks as the Haunted Stream prospect and includes gold mineralisation with walk up drill targets.