DYL’s fully owned subsidiary Reptile Mineral Resources & Exploration carried out the drilling operation to 2,272m on behalf of the consortium. Reptile holds a 39.5% interest in the JV and is the affiliated manager of the project.

The other JV partners are JOGMEC (39.5%), Nova Energy (Africa) (15%) and Sixzone Investment (Pty) Ltd (6%). JOGMEC (Japan Oil, Gas and Metals National Corporation) has fulfilled its earn-in obligation for a 39.5% equity through an expenditure of AU$4.5 million. 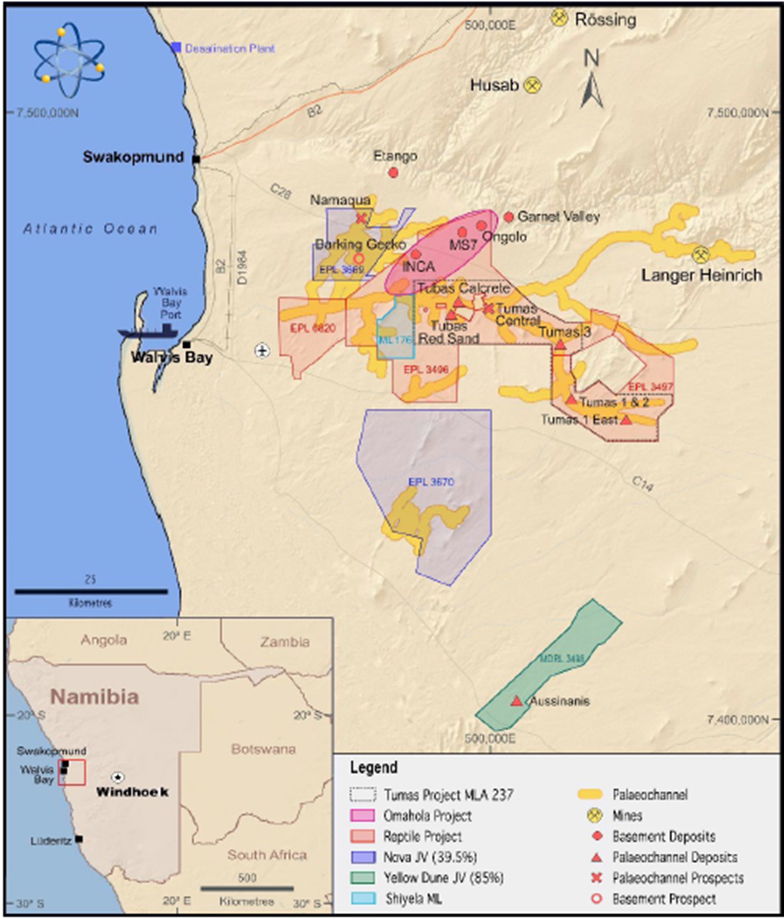 DYL focused the drilling operation on defining the spatial setting and possible extension of the mineralised alaskite intrusions identified earlier at the prospect.

All the 10 holes drilled hit uranium mineralisation greater than 100ppm eU3O8 over a minimum thickness of one metre. In addition to these 10 RC holes, one diamond tailed-RC hole was also drilled in Phase 2.

The Company used in-house portable XRF for assaying the drill samples. The XRF identified a thorium component in this intersection, showing 10m at 324ppm eU3O8 and 88ppm Th. A uranium dominance has been confirmed by the bulk of the measurements in the Barking Gecko North mineralising system with an average U/U+Th ratio of 0.8. 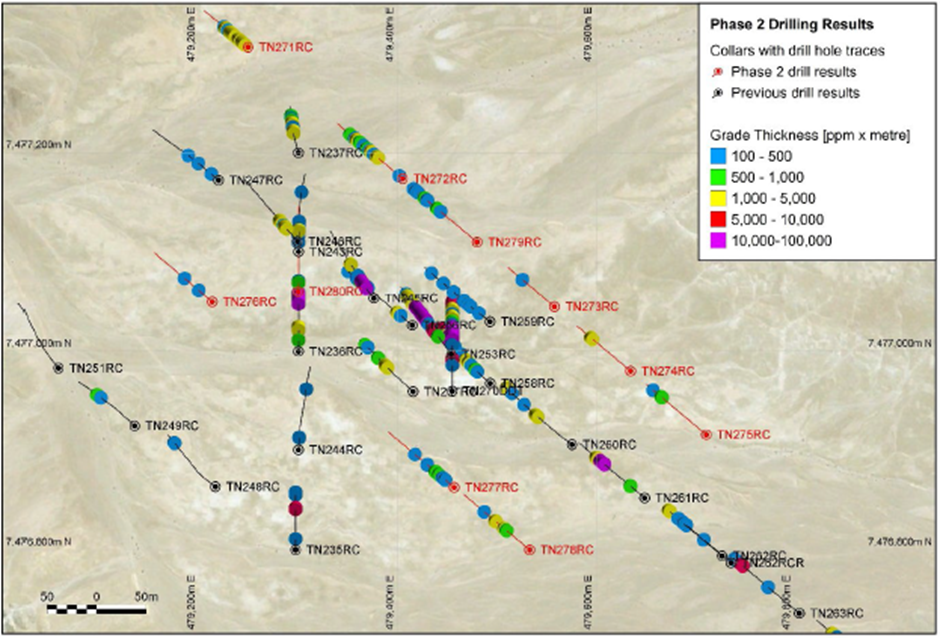 Hole locations on Barking Gecko North prospect. The red ones show recent drilling locations, while the black ones show location of holes from previous campaign 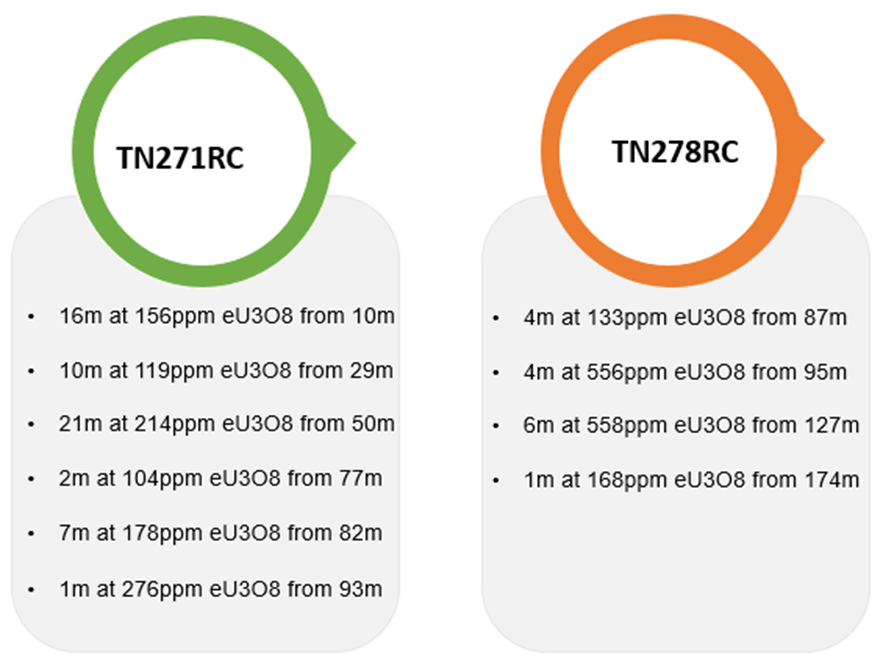 In the previous drilling campaign, the holes were drilled along the central NW-SE trending drill line at the prospect with a hole spacing of 50 to 100m. The Phase 2 holes flanked this line with a 100m step-out both to the north-east and the south-west.

DYL reported that three holes did not reach the target depth to the limitations of the drilling rig. The data appear to limit the strike length of the mineralised intrusions to 300m and width to 200m. The results also indicate the possibility of strong mineralisation extending at depth trending to the northeast. 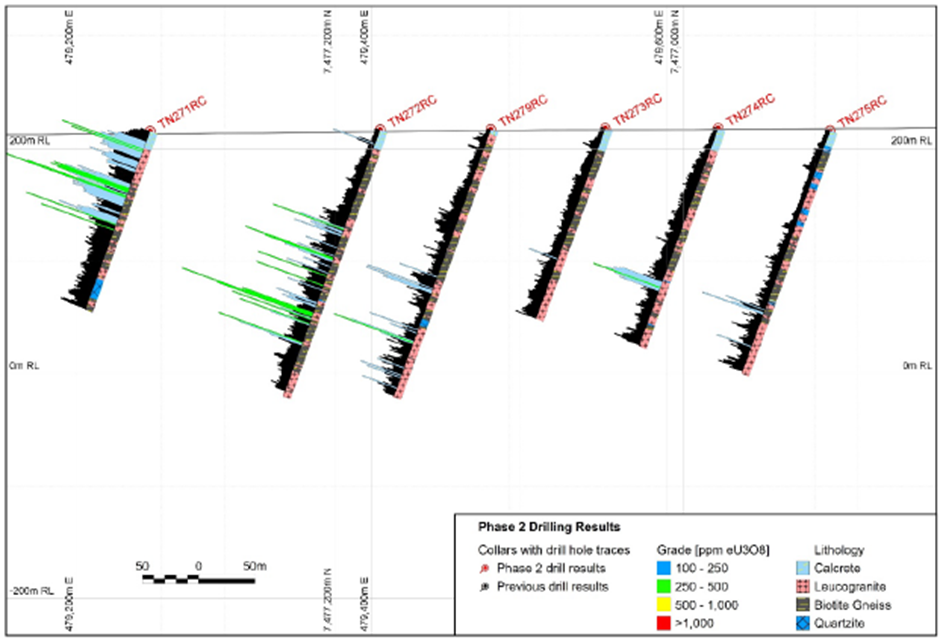