Cyprium Metals Limited (ASX:CYM) is steering its initiatives well to emerge as Australia’s mid-tier copper producer. The Company has reported a major headway on its Nifty Copper Project located in the north-eastern Pilbara region of Western Australia.

Cyprium is focused on a near-term heap leach production strategy at Nifty and has advanced a range of developments ever since Nifty project’s acquisition from Metals X on 30 March 2021.

Let us go through the recent developments at Nifty Project

Eastern drilling for increasing density and test for potential extensions

Cyprium drilled 18 holes over an advance of 3,011m on the eastern limb and extends from the former Nifty open pit. First assay results are anticipated shortly.

The program was focussed on increasing the density of existing drilling over the previously identified oxide and transitional zone copper mineralisation. The drilling will also test for potential extensions to the east.

RELATED ARTICLE: Cyprium Metals marches ahead with a flurry of developments at Nifty Copper Project 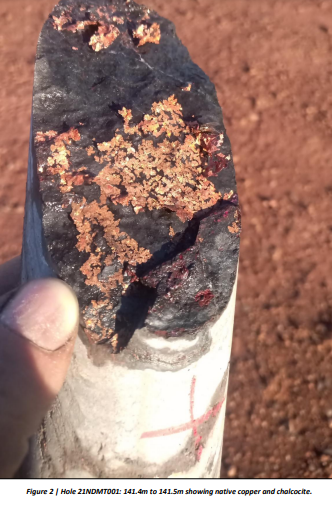 The 16,000m RC drilling program at the western extremity of the Nifty open pit is well advanced. The program is aimed at testing for up-plunge extensions to the oxide and transitional mineralisation. Meanwhile, remaining shallow holes will be completed towards the close of the dry season.

At the same time, the sonic drill rig is currently assessing the waste dump area for potential low grade mineralised waste, that may possibly add to the base load for the heap leach restart.

Cyprium is also in the process of designing a 4,500m first phase sulphide resource RC drilling program, which would commence in 2021 if weather permits. The Company indicated that in the event of wet season, the program commencement would be postponed to March/April 2022, when it would be able to re-establish access to the project.