Copper explorer Coda Minerals Limited (ASX:COD) shared the quarterly activity report for the period ended 31 December 2020. The Company is a relatively new entrant to the official list of ASX and made its market debut on 28 October 2020. 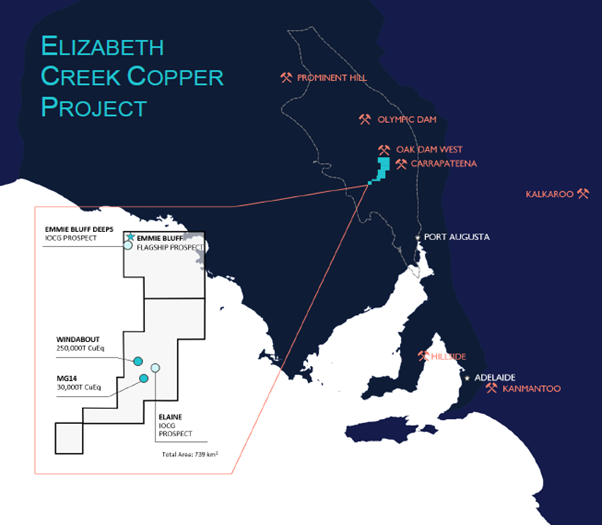 The Company launched its drilling campaign on the project, targeting priority targets on its flagship prospect- Emmie Bluff. During the quarter, the Company drilled 7 holes with a prime objective of resource definition and mineralisation expansion of the project. Out of those 7 holes, 4 struck copper mineralisation.

The Company had planned a total of 8 holes on the prospect. Seven were drilled during the December quarter and returned very encouraging results. The Company approved nine additional holes for Q1 of 2021. The drilling of the remaining one from the last quarter and additional 9 holes commenced in January 2021.

The Company had initially acquired a 25% interest in Elizabeth Creek through a Farm-in Agreement. Coda had made an investment of A$1.37 million in 2018 to acquire the 25% interest, while the rest 75% was held by Terrace Mining Pty Ltd. Coda gradually increased its investment on exploration activities and reached stage 2 in January of last year. Through its cumulative investment of A$3.87 million, Coda gained 51% interest.

By the end of December 2020, Coda‘s cumulative investment in exploration had grown to A$6.62 million, making it eligible for owning 70% interest in the project. 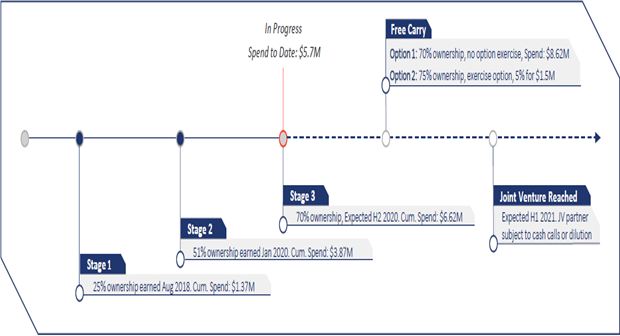 Now, Coda will now spend an additional A$ 2 million on the project at which point, a Joint Venture will be formed with Terrace Mining and then the participating companies will need to invest in the project based on their interests held. In addition, Coda may purchase an additional 5% project interest at any point from now until 60 days from a decision to mine being made, effectively guaranteeing Coda a 75% interest at any point it wishes to exercise the option.

The exploration target at Coda’s flagship Emmie Bluff prospect, which was upgraded to 43–72 Mt with Cu equivalent of 0.5% – 2.3%, represents the first re-evaluation of the Tapley-hosted mineralisation at Emmie Bluff since the deposit was first drilled in the 1990s.

Coda also carried out EM downhole surveys on two of the holes on the prospect. Two recently drilled holes – DD20EB0006 and DD20EB0002 were chosen for the survey operation.

The objective for DD20EB0006 hole was to determine the distance between the hole and the edge of the copper bearing Tapley Hill shale formation. 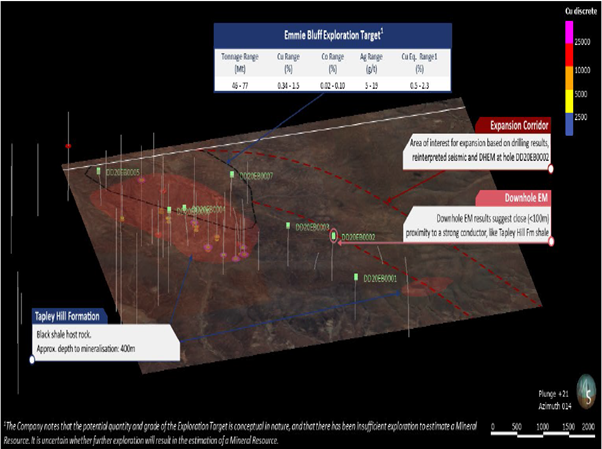 For DD20EB0002 hole, locating the copper bearing Tapley Hill shale formation was the main objective. During the drilling of this hole, Coda encountered basal conglomerate in the Whyalla sandstone which has a strong correlation with the copper host formation. Furthermore, copper in vugs was encountered suggesting proximity to a copper bearing fluid pathway.

The presence of Tapley Hill formation in the vicinity of hole DD20EB0002 was also indicated by the seismic survey of 2020.

This potentially game-changing result could effectively double the exploration potential of Emmie Bluff increasing the exploration corridor by approximately 3,000m. Coda will be testing this anomaly in February 2021 during the current drill programme. 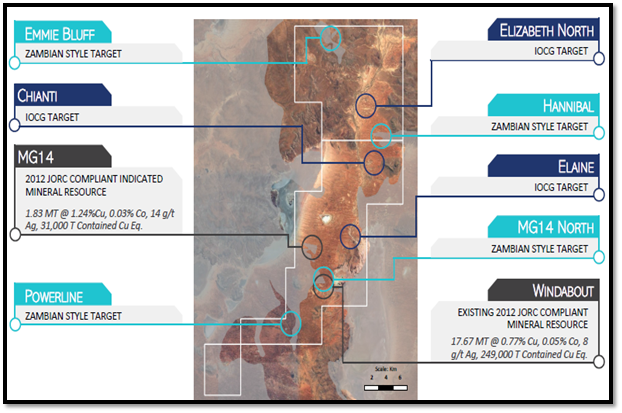 Coda has completed the iron oxide gold and copper (IOGC) prospectivity review on the project and has identified three priority prospects. These are: 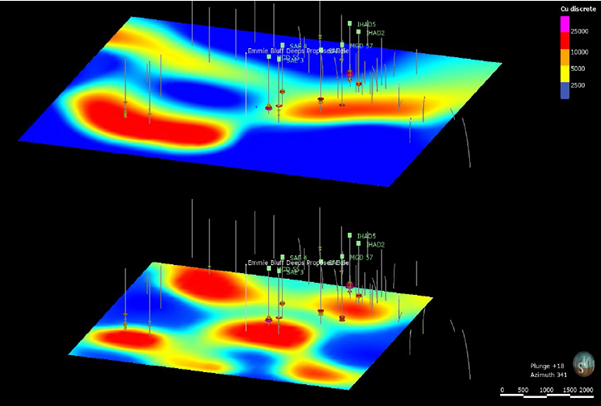 Activities planned for the upcoming quarter

Coda reported a total cash outflow of A$1.6 million for the quarter. Out of A$1.6, A$1 million was spent on exploration operations while the rest was spent on corporate and administrations activities.

The Company reported a total of A$11.8 million cash on hand at the end of December quarter.