In the latest update, Calima Energy Limited (ASX:CE1) has revealed that Blackspur Oil Corp has completed the drilling portion of a three well program at its Alberta asset, Brooks.

Two new horizontal wells and one horizontal re-entry well targeting the Sunburst Formation in the Brooks area, have been drilled by Blackspur. The drilling has been undertaken as part of Blackspur’s strategic plan to boost production to 3,400 boe/d by the end of 2021.

Recently, Calima informed that it is merging with Blackspur in late April 2021 following AUD 37 million financing via Placement and Retail Offer. The Company is planning to re-list again in April 2021.

The new wells were drilled by Blackspur with an average horizontal leg length of 770 metres to an average depth of 2,021 metres. On average, the new wells took six days to drill, while the re-entry well took four and a half days.

Typically, the Sunburst Formation wells are drilled in seven days owing to the conventional nature of the wells and the shallow nature of the target interval. The first well was spudded on 3 March 2021, while the drilling of the three wells was completed on 21 March 2021. 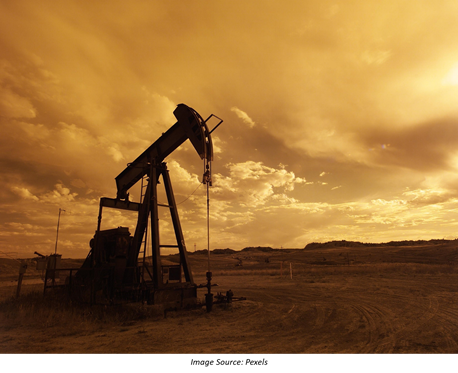 Blackspur managed to drill all the wells under budgeted cost and time. As one of the wells was a re-entry, the budget was CAD 2.4 million for the three wells.

Calima stated that Blackspur’s Sunburst wells are highly economical at prevailing oil prices of ~USD 60 WTI. Assuming standard type curve production, the Company expects these wells to pay out in under six months at the budgeted cost per well.

Over the coming weeks, Blackspur will perform completion processes for the three wells that will be succeeded by the equipping and tie-in procedure. Notably, downhole pressure gauges have already been placed in the wells.

Owing to the conventional nature of the interval with high permeability and porosity, the completion process for a Sunburst well does not need acidizing, fracture stimulation, or any other stimulation.

Interestingly, each of the three wells is deemed an “on lease tie-in”. This means that these wells have been drilled from existing well sites, which are already tied into Blackspur’s vast infrastructure with available capacity. Thus, these wells do not need any long pipelines or any supplementary oil processing facilities.

Calima notified that when the three wells are initially brought on, they will be in the “clean up” stage, producing drilling fluid and water at the outset of the flow back period. The initial production rates after 45 days (IP45) for the three wells will be revealed in early May 2021.

Do Not Miss: What does Blackspur Merger Mean for Calima Energy (ASX:CE1)?