Australia-based diversified entity BPH Energy Limited (ASX:BPH) has recently released an update with regard to its investee Advent Energy Ltd’s planned exploration well. The Company informed that Advent has issued a Letter of Intent to Dril-Quip Holdings Pty Ltd for the provision of subsea wellhead equipment, along with materials, and other related services for the imminent Seablue-1 exploration well.

The upcoming exploration well is proposed to be drilled in the high-grade PEP11 permit, offshore New South Wales. The PEP11 Joint Venturers, Bounty Oil & Gas (15 per cent) and Advent (85 per cent) plan to proceed with the drilling of a well at Baleen (to be called Seablue-1) subject to approvals from NOPTA (National Offshore Petroleum Titles Administrator) and other regulatory authorities and financing. 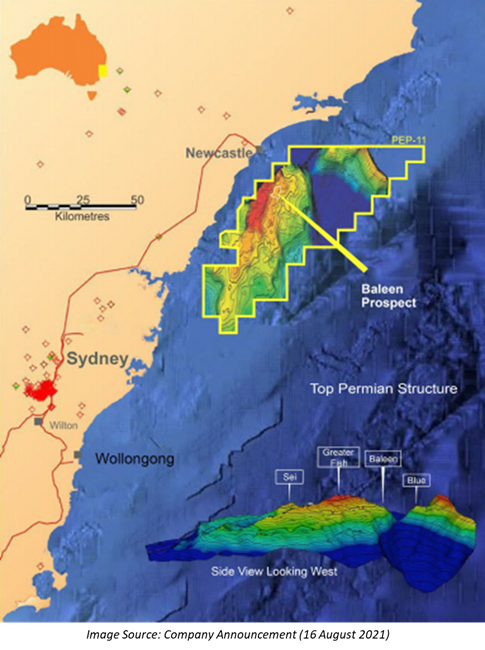 The PEP11 Joint Venture has already submitted an application to NOPTA to change the existing Permit conditions. The application to National Offshore Petroleum Titles Administrator comprises the extension of the permit title for up to 2 years to allow the drilling and contains an application for the removal of the requisite for a 500 sq. km 3D seismic program. This application is currently in the final decision phase.

The exploration well is planned to be drilled in 125m of water nearly 26km offshore and 30km SSE (south-southeast) of the City of Newcastle. The drilling of the well is contingent on regulatory approvals and is likely to take approximately forty days to reach total depth.

While the planned depth of the Seablue-1 exploration well was initially 2,150 metres, it was increased to 3,150 metres in April this year to target early Permian sandstones for carbon storage & hydrocarbon potential.

When the well has reached total depth & has been fully evaluated, it will be plugged & abandoned in line with regulatory requirements. This will be done in accordance with pre-drill planning as an exploration well. Afterwards, the well head and associated equipment will be taken off or removed from the seabed.

The well has two major objectives:

CCS is a key clean energy technology and a part of a suit of solutions, which hold the potential to mitigate greenhouse gas emissions and help tackle climate change. The International Energy Agency as well as the Intergovernmental Panel on Climate Change believe that CCS will play an instrumental role in supporting to meet global emission reduction targets. 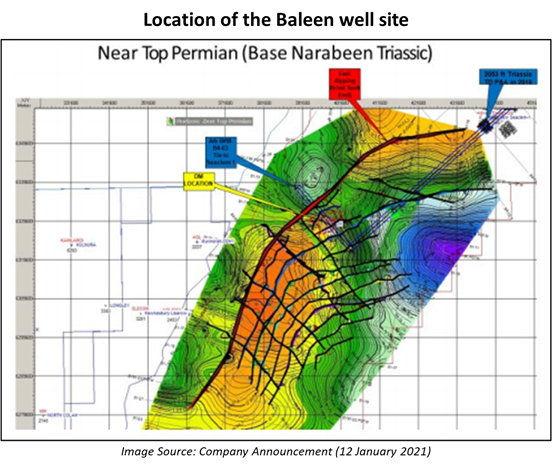 In a nutshell, BPH investee Advent appears to be making fast-paced progress with regard to its Seablue-1 exploration well planned at the PEP11 permit. The recently issued Letter of Intent, along with prior Call for Tenders represent a substantial step in the planning & preparation for the proposed gas exploration well.