BPH Energy Limited’s (ASX:BPH) investee Advent Energy has recently appointed a drilling manager for its PEP11 Baleen well project. Advent’s initial focus is to kick-start drilling of well at Baleen target in PEP11, for which it has already submitted applications to the National Offshore Petroleum Titles Administrator (NOPTA).

Early in February 2021, Advent also appointed Mr Andrew J Hogan as Contracts Manager for its PEP11 Baleen well project. Mr Hogan is a recognised personality in the Drilling and Completion community across Australia and New Zealand, who holds more than 30 years of operational as well as commercial experience in the Energy industry’s upstream sector.

To proceed with the significant Baleen drill program, Advent also signed a Preliminary Well Services Agreement with a global consultancy provider, Add Energy, in mid-January. BPH has released further details of this agreement in its latest update.

Preparation for Drilling of Baleen Well 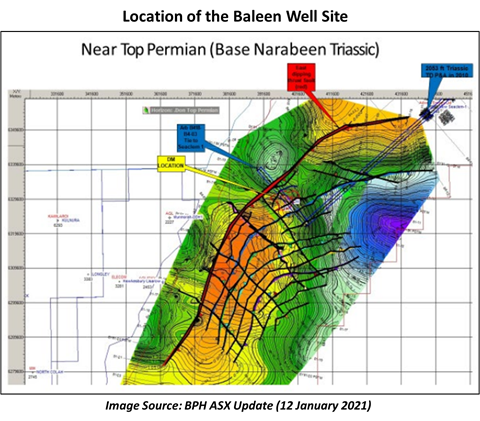 In the initial stage of the phased approach, Add Energy will deliver technical support in the below-mentioned areas:

A scope review gap analysis will also be undertaken to define how much time/work will be required to deliver the scope under the first stage of the phased approach. Given that BPH investee is still in the pre-approval phase of the license extension and suspension, the scope will be up to twenty days.

Advent intends to use the Baleen well program to investigate the potential for carbon capture and storage or CCS (geo-sequestration of carbon dioxide emissions) in the PEP11 permit. CCS can capture carbon dioxide fossil fuel emissions.

The International Energy Agency, as well as the Intergovernmental Panel on Climate change, believe that CCS can play a crucial role in supporting to meet global emission reduction targets. CCS is part of a broad range of solutions that hold the potential to alleviate greenhouse gas emissions and support address climate change.

The Sydney Basin is a sizeable contributor to the nation’s greenhouse gas emissions. It contributes up to 34 per cent of the total emissions of Australia. An independent government published research has suggested that at least 2 Trillion Cubic Ft (TCF) of carbon dioxide storage may be viable in the offshore Sydney Basin.