Boab Metals’ shares were up 8.8% to AU$0.37 on the day of release of the FY 2022 first half year report despite the overall market continuing to be under pressure as a result of global inflation fears and the Ukraine-Russia conflict.

The Sorby Hill Project is located in the Kimberley Region of Western Australia and is the largest undeveloped, near-surface Lead-Silver-Zinc deposit in Australia. The Company continued to make progress on the Sorby Hills Definitive Feasibility Study (DFS) during the reporting period.

During the reporting half, Boab wrapped up the Phase V diamond and RC drilling operations at Sorby Hills and also finalised the DFS metallurgical test work and updated the mineral resource estimate (MRE) of the project.

Phase V drilling program was aimed at expanding the proposed production capacity at Sorby Hills as part of the ongoing DFS. The Company drilled a total of 59 diamond holes and 15 RC holes across the deposit. Shallow mineralisation was confirmed on the margins of the current PFS Sorby Hills open pit designs supporting the case to expand the pit designs. High lead-silver grades at the Beta Deposit were also confirmed. This was particularly good news as the Beta deposit was not included in the PFS mining inventory and therefor has the potential to add significant value. Boab anticipates these results will have a positive impact on the confidence and size of the DFS mining inventory. 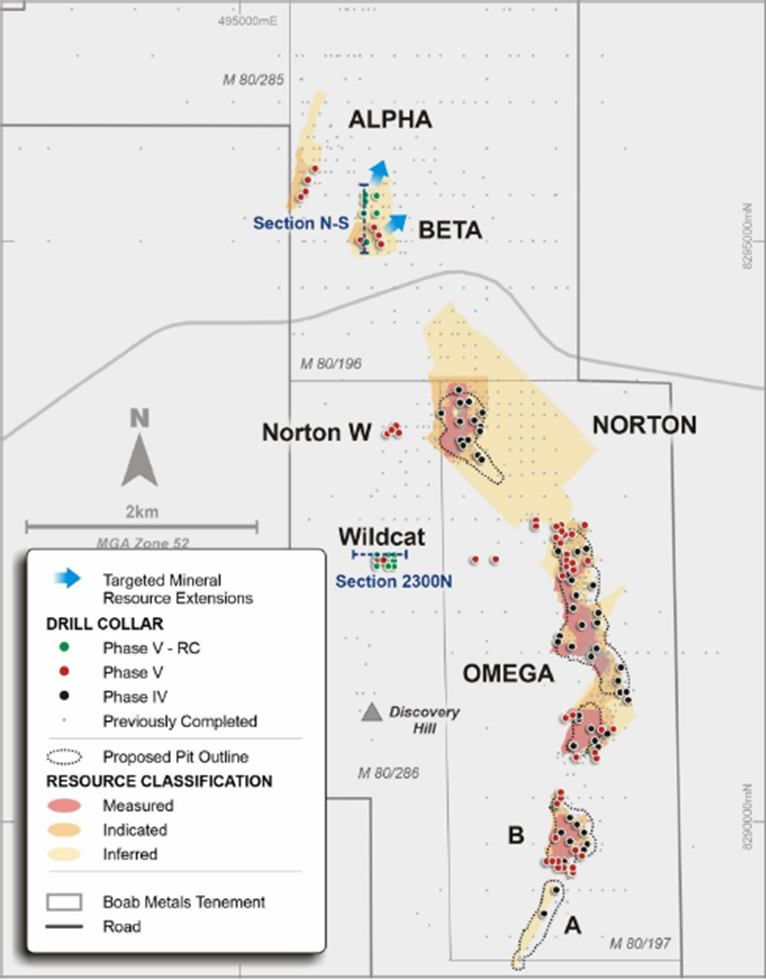 After the completion of the Phase IV drilling campaign, Boab commenced the metallurgical test work on the project as a part of the DFS. Samples from 399m of half core were used to prepare samples for a range of test works that included flotation, comminution, mineralogy, heavy liquid separation, tailings thickening, concentrate filtration and concentrate analysis.

During the reporting period, Boab updated the mineral resource estimate (MRE) of the project to 47.3mt @ 3.1% Pb and 0.4% Zn and 35g/t of Ag. The new estimate which was carried post the Phase V drilling campaign represents a 14% increase in Measured and Indicated Resources versus the PFS including 78% increase in Measured Resources. The Company has also outlining significant upside potential at Sorby Hills and further drilling is being planned for the 2022 field season.

The most compelling bids will be shortlisted, and the tender process to grant binding offtake of the Sorby Hills concentrate is expected to be completed in late Q1 2022.

Back in August 2021, Boab Metals announced the the strategic acquisition of the Manbarrum Zinc-Silver-Lead Project, located in close proximity to the Sorby Hills Project. Boab now controls 100% interest in the project, which includes mining leases, mining lease applications, exploration licenses and mining information.

The acquisition involved the issue of AU$500,000 in Boab shares @ AU$0.4214. The deal also included a Net Smelter Royalty of 1.25% on the future revenue generated from minerals extracted from the project. 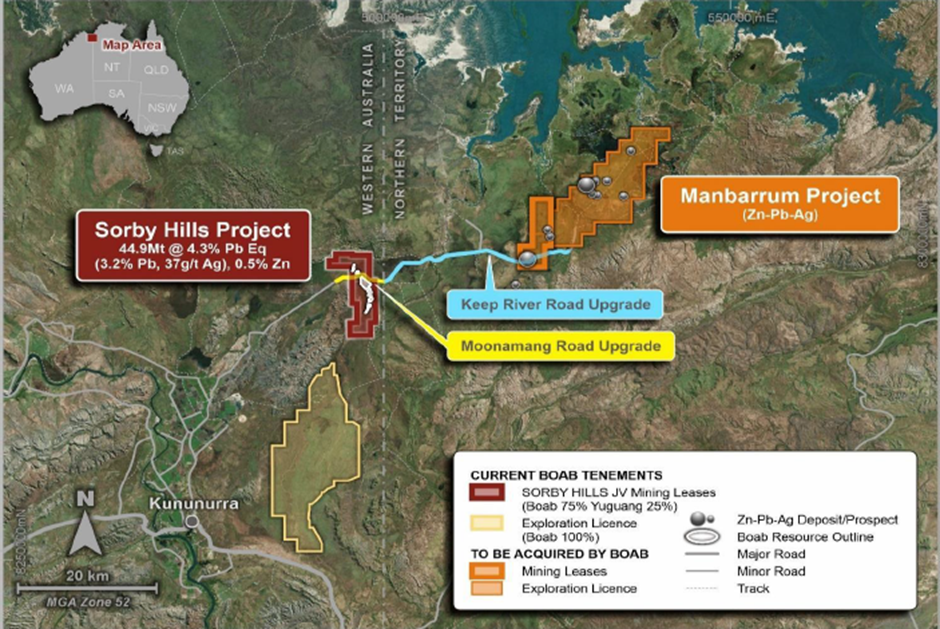 Boab remains focussed on the development of the Sorby Hills Project, further the strategic acquisition of the Manbarrum Project provides an opportunity to investigate a broader regional production strategy that leverages the clear synergies between the two projects.