Shares of ASX-listed Boab Metals Limited (ASX: BML) marked an uptick of more than 7% at mid-day after the Company reported further remarkable assays from the Phase IV drilling program. BML shares traded at $0.505 on 21 January 2020 (at 2:35 PM AEDT).

The base metal explorer has a 75% interest in the Sorby Hills Lead-Silver-Zinc Joint Venture Project.

The latest batch of assay results, at the Sorby Hills B-Deposit, have confirmed more near-surface extensions of mineralisation beyond the current Mineral Resource boundary and open pit designs.

The Company lately updated on excellent outcomes from Sorby Hills Omega deposit. The new results add another notch to Boab’s belt, strengthening deposit modelling in advance to the forthcoming estimation of Mineral Resource. 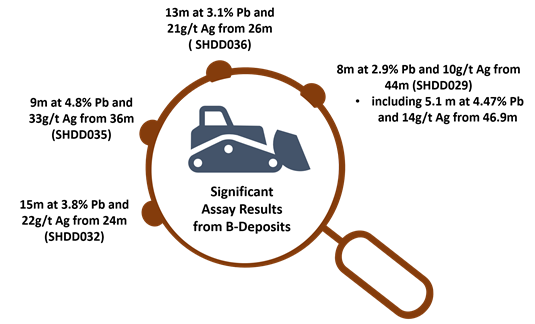 The PFS study and the encouraging results from both Omega and B-deposits combined are expected to accelerate the project advancement towards the Definitive Feasibility Study (DFS) status.

The Australian explorer had concluded the Phase IV HQ3 diamond drilling program comprising 58-hole in November 2020 for a total meterage of 4,803 metres.

In the preceding updates, Boab had reported impressive assay results from the Omega deposits confirming several shallow-depth extensions of mineralisation.

The latest batch of assays from the B-Deposit validates the mineralisation observations stated earlier, highlighting the presence of mineralisation immediately adjacent to the current B Deposit and open pit designs.

Drill hole SHDD029, in October 2020, intersected mineralisation zone at shallow depth during the Phase IV drilling program. The zone is in line with the outward projection and possible resource extension envelope. A further step-out drilling would be required at the mineralisation that remains open to the west southwest and west. 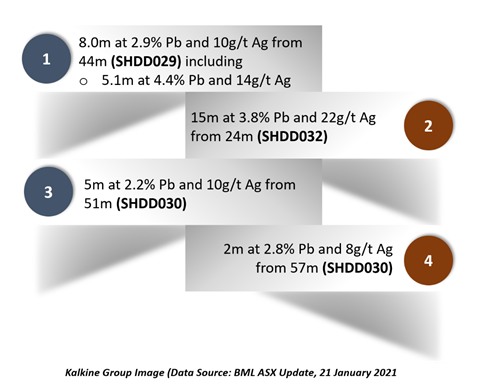 Notably, drill holes SHDD029, SHDD030, SHDD032 and SHDD034 were collared either outside or extended beyond the current B Deposit mineralisation. The encouraging Phase IV drilling results are expected to upgrade Sorby Hills current Mineral Resource and encourage BML to undertake additional drilling.