BlackEarth Minerals NL (ASX: BEM) is on a fast-paced growth track, thanks to the Company’s steady stream of activities aimed at cementing its position in the diverse commodity space.

In what bodes well for its growth objectives, BlackEarth has shared an encouraging update from a detailed, regional-scale airborne electromagnetic (AEM) survey at its Donnelly River Project in Western Australia.

The 100%-owned project sits 240 kilometres south of Perth and hosts nickel (Ni), Copper (Cu) and Platinum Group Metals (PGM). The project is situated immediately adjoining the Thor and Odin Ni-Cu-PGM prospects, which have been recently identified by Chalice Gold Mines and Venture Minerals at their South West Project. 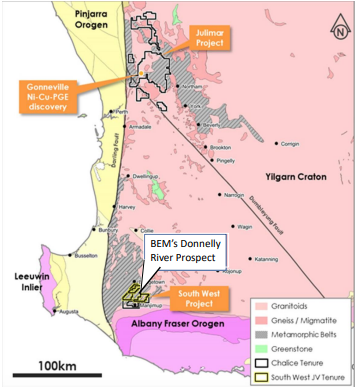 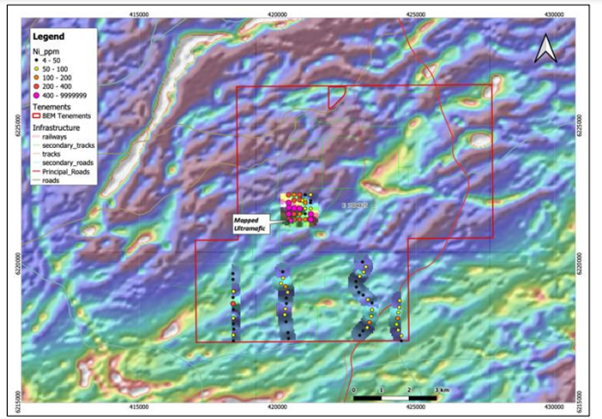 Targets 1 and 2 are ranked as the high priority VTEM targets based on their late-time conductance and high amplitude. Both the targets are coincident with magnetic trends, potentially representing the targeted mafic-ultramafic rock types.

Although Target 4 is considered a moderate VTEM conductor, it is of particular interest as it is situated within the geochemically anomalous, mapped mafic-ultramafic units identified at the Palgorup prospect.

Other moderate VTEM conductors include Targets 5 and 6, which have significant priority owing to their proximity to prospective magnetic trends interpreted as potential mafic-ultramafic units. 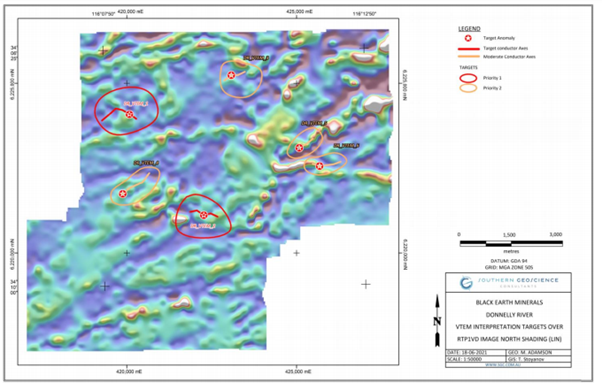 The survey results have identified the key focus areas within the broader Donnelly River project. The Company intends to assess each target in detail as well as design and implement follow-up programs of ground-based exploration, subject to standard ground access protocols.

Mr Revy indicated that the Company’s management and the technical team would review further steps at Donnelly River to realise shareholders’ value promptly.